Private Blackford is remembered with honour at Nieuport Memorial in Belgium, and at the War Memorial at St. Barnabas Church, Boughton.

George Blackford was born in Burwash, Sussex in 1887. In the 1891 census, George Blackford, aged 3 years, was an inmate in Ticehurst Union Workhouse, near Flimwell in Sussex, along with his siblings Henry, aged 11, Elizabeth, aged 7 and  baby Ellen, less than one month old.  Their mother, Ellen Blackford, aged 32 years, had died in March 1891.

Ten years later, the 1901 census showed that George aged 12, was still an inmate in Ticehurst Workhouse, now with an older sister, Nellie, aged 13. The younger children were no longer there.

At some point, George Blackford came to the Boughton under Blean area, and met Amelia Frances Philpott, daughter of William and Lydia Philpott of Crouch, near South Street, Boughton. George and Amelia were married in the summer of 1910.

The 1911 census showed that George and Amelia were living at Vince Cottages, Acol, near Birchington, where George’s  occupation was that of groom and gardener and Amelia was a domestic help. In  July 1912, Amelia and George had a son, who they named Ernest George. Ernest would have been 5 years old when his father Private George Blackford was killed in action in Belgium. Records show that Ernest George Blackford died in the Chelmsford area in the year 2000.

Nieuport Memorial, Flanders, Belgium, bears the names of 548 officers and men of United Kingdom force, who died during the First world War, in operations on the Belgian coast, and whose graves are not known.

There was particularly fierce fighting at Nieuport in July 1917, before handing the sector back to the French in November 1917.  Most of those commemorated at Nieuport, died during these months.  Over 260 men commemorated on the Nieuport Memorial were killed or mortally wounded during heavy fighting with units of the German Marine-Korps Flandern on July 10 1917, including George Blackford, who had Boughton connections. 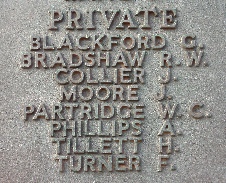 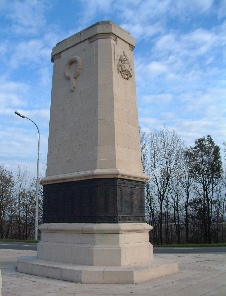 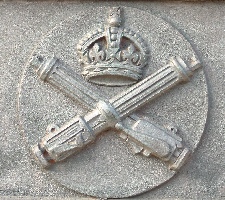 National Archives in association with  Ancestry.com. 1891, 1901 and 1911 England census database. 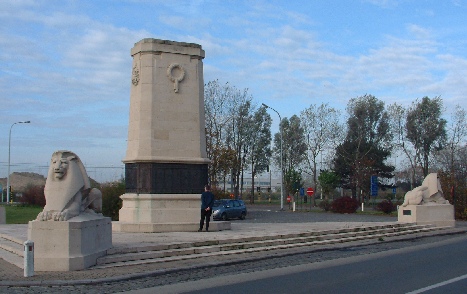