Private Bramble was the son of Mr Stephen and the late Mrs Frances Bramble of Selling, and the husband of Gladys Barrett (formerly Bramble). In the 1911 census, Herbert was 20 years old, working as a farm labourer and living with his parents and wife at Stone Cottage, Hogbens Hill. Herbert enlisted in the Royal West Kent Regiment in November 1914.

Private Bramble died on the second day of the Second Battle of Ypres, one of two Boughton men who perished in this battle; the other was William James Foster.

The Menin Gate is one of four memorials to the missing in Belgian Flanders which cover the area known as the Ypres Salient. The Second Battle of Ypres began in April 1915 when the Germans released poison gas into the Allied lines north of Ypres. This was the first time gas had been used by either side and the violence of the attack forced an Allied withdrawal.

The site of the Menin Gate was chosen because of the hundreds of thousands of men who passed through it on their way to the battlefields. It commemorates those of all Commonwealth nations (except New Zealand) who died in the Salient, in the case of United Kingdom casualties before 16 August 1917 and bears the names of more than 54,000 officers and men whose graves are not known. 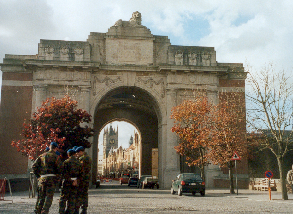 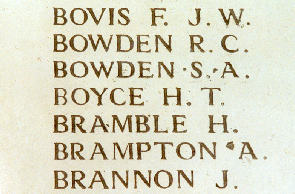 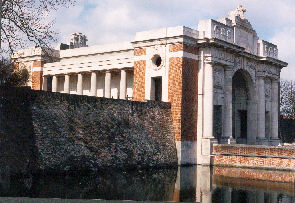 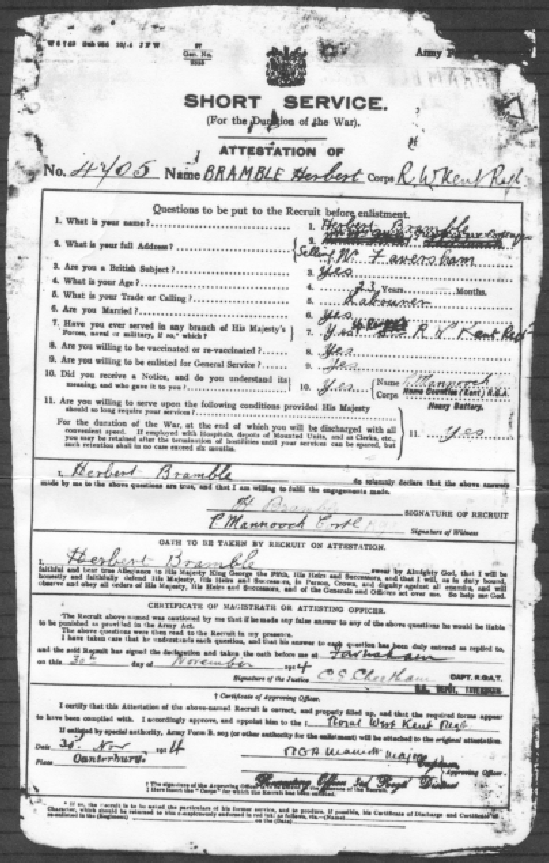 Philip Warner, in his book on World War I writes (P52):

‘Toward sunset, a yellowy green mist appeared, not unlike that which creeps over damp fields as the winter approaches. This however was no benign mist; it was chlorine, released from 5,700 cylinders”.