Herbert  Brooks was the second son of Mr and Mrs Stephen Brooks, of 16 Courtenay Cottages Dunkirk.

He was a former pupil of Dunkirk School who had been employed in farm work prior to joining the Buffs.

Private Brooks is buried in a Commonwealth War Grave in Dunkirk churchyard, and remembered with honour on the War Memorial there.

”Above is a portrait of Pte Herbert John Brooks, of the Buffs, second son of  Mr and Mrs Stephen Brooks, of 16 Courtenay Cottages Dunkirk, whose death at a camp in Kent we recently recorded.

Pte Brooks, who was in his 19th year, was born in Rainham, but moved to Dunkirk when he was quite young and he was educated at Dunkirk School. Prior to joining the Buffs about six months ago he had been employed in farm work and was in the Home Guard.“ 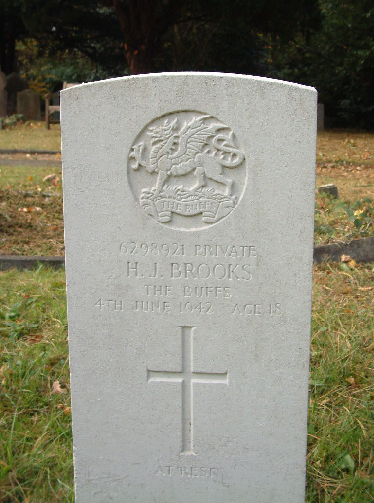 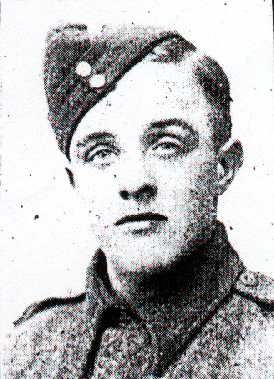