William Burgess was the son of William Henry and Eliza Davies Burgess, of School House, Dunkirk. In the 1911 census his father was headmaster and his mother was assistant schoolmistress; William was 15 and still at school. His father was also organist and choirmaster at Dunkirk Church.

William was educated at Simon Langton School, and on leaving became a pupil teacher at Dunkirk School.  He was killed, leading his Company into action, after being at the Front for barely a month. The Dunkirk School Diary records that on June 26 1916:

“Mrs Burgess was absent in the afternoon. She went to Folkestone to see her son Lt WV Burgess off to the Front”

Second Lieutenant Burgess is remembered with honour at the Thiepval Memorial, Somme, France, on pier and face 11D, and on the War Memorial at Dunkirk Church. 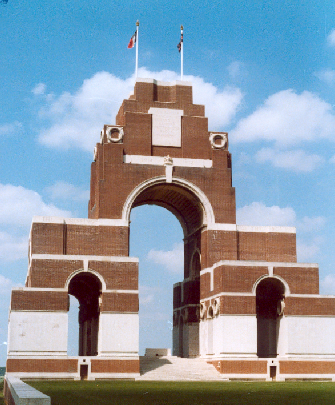 University of London Roll of the fallen

William "Budge" Burgess in many respects embodied the true "Langton Spirit". He turned out in the annual theatrical productions and was, at the time of his death, the greatest sportsman the school had ever produced. His brother Joseph also attended the school and his sister, Lilian, attended the Girls'.

He was active in all sports, particularly football and cricket, which, at the time, were the main team games. In the 1913/14 football season he scored 51 goals as centre forward for the school 1st XI and he captained the school cricket team, scoring two centuries.

After leaving school in the Summer of 1914 he transferred to Goldsmiths' Teacher Training College to read for a WA. He joined the College Officer Training Corps and distinguished himself by winning the Goldsmiths' tennis doubles tournament in the Summer. He was gazetted to the 9th Battalion, Royal Berkshire Regiment on 26th August 1915, just one day before his twentieth birthday.

After training in Dorset he arrived in France on June 26th 1916, a few days before the "Great Push" on the Somme. His first action was with the 8th Battalion Berkshires as part of the Four Army assault on the German second line on the 13th and 14th July which, as far as attacks on the Somme went, was relatively successful.

The Battalion then found itself engaged North West of Mametz Wood occupying the communication trench, Pearl All, which again led up to the German second line. Burgess was soon posted to the 6' Berkshires who had been engaged in heavy fighting on the Somme since day one of the offensive.

At 7 pm on the 18th July, the 6th Battalion, with a fighting strength of 19 officers and 401 other ranks, received orders to move from their position south of Carnoy to take part in an action the following day at Longueval and Delville Wood.

Delville Wood became a long agony of bitter fighting involving the South African Brigade reducing the wood to mere splinters. Initially the South Africans almost swept the Germans from the wood but, following a desperate counter attack, the allied forces were forced to retreat to the south western corner of the wood from whence they struggled to regain ground for the next three days.

The 6th Berkshires attacked the Northern section of the wood on the 19th and 20th July and suffered heavily, occasionally from "friendly fire". The Battalion dug in to consolidate their gains at 2.15 on the afternoon of the 19th and settled in to repulse the many German counter attacks. They were bombed and attacked pretty much constantly for the next twenty four hours but they held their position until relieved on the 22nd, by which time they had lost 40% of their original number. This was the last major action on the Somme for the Berkshires and William Burgess was killed, almost certainly on the 19th, just 25 days after first landing in France. His body was lost on the Somme; initially buried in a shallow grave and subsequently devastated as the battle continued to rage. His father kept up a lengthy correspondence with the War Office, but neither his body nor his possessions were ever recovered. He is commemorated on the Thiepval Memorial to the Missing.

His brother Joseph also saw service in France in the Great War, also with the Berkshire's, but survived and remained in the army, finally joining the Education Corps from which he retired in the 1950's as a Brigadier.

The Dunkirk Parish magazines of 1915/1916 briefly included a feature “NEWS FROM OUR BOYS SERVING WITH H.M. FORCES”, collected by William’s father, the then headmaster of Dunkirk School W.V. Burgess. It includes the following mentions of his son:

September 1915 - W. V. Burgess has completed his training and has been gazetted to a 2nd Lieutenancy in the Princess Charlotte of Wales Royal Berkshire Regiment.

December 1915 - 2nd Lieut. W.V. Burgess is still in Dorsetshire. Trench work has been the chief business during November. In a recent letter he says: “We had a rough time in the trenches. We were in all day from 7 a.m. to 10 p.m. with 6 in of water in the trench behind the firestep. Raw rations .were served out. I had a piece of rump steak, like lights, cut it up with the aid of a penknife and pair of nail scissors, and cooked it with an onion and potatoes. When the ground was frozen we marched to our huts across country, and the water in one valley we crossed came up to the tops of my legs, and it was cold - puttees, boots, and breeches soaked through."

March 1916 - Owing to shortage of Officers 2nd Lieut. W, V. Burgess is assisting in training a Battalion of Somerset Light Infantry, "Derby recruits," and is still at Wool, in Dorsetshire.

September 1916 - The sadness and awfulness of this terrible War has been brought home to us in this parish during the past month. Mr. Burgess has lost his elder son, who has given his life for his King and Country. Our hearts go forth to Mr and Mrs Burgess and the family in loving and true sympathy, feeling sure the God of all Comfort will give them of His Grace to bear with patient and holy resignation this heavy and bitter cross He in His love has seen fit to lay upon them.

They have the joy of knowing that their son has died a noble death; he was struck with a piece of shell as he was leading his Company into action.

He was a very keen soldier, and a very promising career seemed to lie open before him; but God in His wisdom has taken him, we cannot doubt, to do higher and better work for Him in His Church in Paradise.

The following tribute appeared in the Faversham and North East Kent News, published on  5th  August 1916:

Deep regret is felt in Dunkirk at the death of 2nd Lieutenant William Vernon Burgess, Royal Berkshire Regiment, who was killed in action during the fighting in France, between the 19th and 22nd July.   The sad intelligence reached his parents by telegram from the War Office last Saturday evening.  On Sunday morning, at the conclusion of the service in Dunkirk Church, Mr Gerald Dunkin as a tribute to the deceased’s memory played the Dead March.

Second Lieutenant Burgess was the elder son of Mr and Mrs W.H. Burgess, of School House, Dunkirk, and a grandson of Mr W. Burgess, a Crimean veteran, residing at Marshalltown.  By his death, a very promising career has been cut short.

Deceased was educated at Simon Langston School, Canterbury, winning both a junior and a senior scholarship.  On leaving that school, he became a pupil teacher under his father, at Dunkirk School, and gained honours in the Senior Oxford examination.

In 1914, he went up to Goldsmith’s College to read for the B.A. degree.  He joined the Officer’s Training Corps on its formation at the College, was in due course recommended for a commission, and was gazetted on the 26th August, 1915.   He then went to Wadham College, Oxford, where for five weeks he was in charge of a platoon of officers.

In September, he joined his Battalion in Dorsetshire.  In all branches of the training of an officer he had gained a 1st class, and was recommended for a Captaincy.

In June he went to Aldershot, to go back as Brigade Instructor in bayonet fighting, but at the end of the course, was sent to the Front.  That was on June 26th, so that he had been at the Front barely a month, when he lost his life.

He was in his first action on the 13th and 14th July, then had a brief rest, returning to the fighting on the 19th, between which date and the 22nd, he was killed in action, nothing more definite being at present known.

Deceased was a great athlete, winning colours for cricket, football and gymnastics at his school, where he became captain of both the football and cricket elevens.  In his last football season he placed centre forward and scored 51 goals, while in his final cricket season he won the batting prize and scored two centuries not out.  He would have completed his 21st year this month.

A further tribute was paid in the Faversham and North East Kent News published on 19th August 1916:

Mr and Mrs W.H. Burgess of Dunkirk, have received a message of sympathy from their Majesties the King and Queen, on the death of their son, 2nd Lieutenant (temporary Captain) W.V. Burgess, who as we reported in our issued of the 5th inst., was killed in action about the 19th July.

The deceased, it appears, was struck by a piece of shell, death being instantaneous.

His commanding officer says “He was beloved by the men and very popular among his brother Officers.  He was keen and competent, so keen, that when he was called upon to make the supreme sacrifice, he did it with a spirit of cheerfulness which many have emulated, but none surpassed.”

Another senior officer writing says  “He was very much liked by the Officers and men.  He was a very good officer, and is a great loss to the service.” 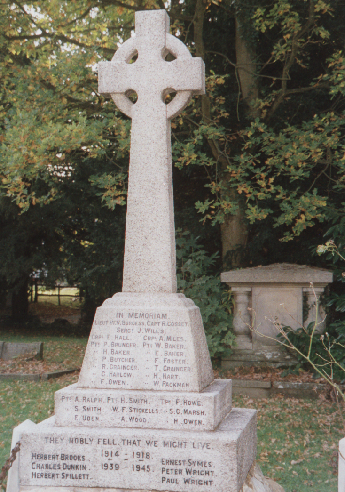