Lance Corporal Chapman was the husband of Cissie Chapman, who lived in Faversham, and the son of Mrs R. Dunkin of Jasmine Cottage, Boughton, and the late Mr Henry Chapman was killed in the First World War.  He was a former pupil of Boughton Methodist Day School.

He is buried in St. Manvieu War Cemetery, Cheux, Calvados, France, where his grave reference is X.G.17,  and remembered with honour at the War Memorial at St. Barnabas.

Cheux is a village 10 kilometres west of Caen. The Allied offensive in north-western Europe began with the Normandy landings of 6 June 1944. Those buried in St. Manvieu War Cemetery died for the most part in the fluctuating battles from mid June to the end of July 1944, in the region between Tilly-sur-Seulles and Caen.

The cemetery contains 1,627 Commonwealth burials of the Second World War, 49 of them unidentified.

‘The death of another local man while fighting in the campaign in Normandy is reported, namely Lance-Corporal Charles Edward (“Jim”) Chapman, of the Somerset Light Infantry.

His wife, who resides at 5 Beaumont Terrace, Station Road, Faversham, has received the news that he was killed in action.

Lance Corporal Chapman, who was 28 years of age, was the youngest son of Mrs R. Dunkin of Jasmine Cottage, Boughton, and the late Mr Henry Chapman, who was killed in the last war.   He was an old boy of the Boughton Methodist Day School.

When he joined the Army, in April 1940, he had been employed for some time at Bensted House.  Previously he had worked on farms.

He was last home in March this year, but his wife last saw him in May at his station at that time.   He leaves no children. 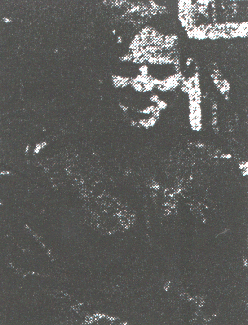 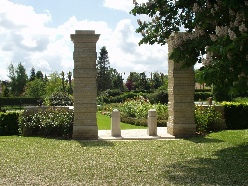 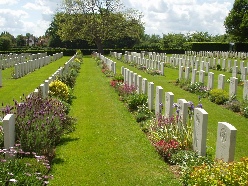