Sergeant Clinch had married Miss Grace Stevens of Luddenham Court in February 1916.  He was the son of Mr and Mrs C.W. Clinch of Wey Street, Hernhill.  Sergeant Clinch died in a military hospital at St. Omer, France. His younger brother, James Harold Clinch, had been killed in September 1916. 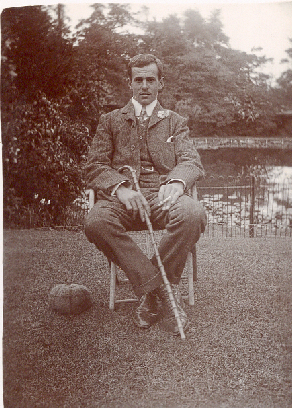 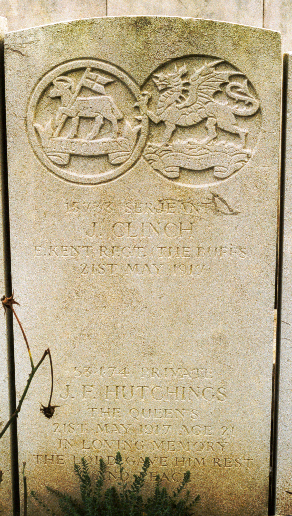 News that Sergeant John Clinch had been fatally wounded, was reported in the Faversham and North East Kent News, published on 28th April 1917:

We regret to hear that Sergeant John Clinch, of the Royal East Kent Mounted Rifles, attached to 1st Buffs, is in hospital, having been dangerously wounded in the head by shrapnel.  This is all that was stated in the official telegram, and further news is anxiously awaited.

Sergeant Clinch, it will be remembered, married Miss Grace Stevens, daughter of Mr and Mrs Ashley Stevens, of Luddenham Court.

Following his death on 21st May, the following tribute to Sergeant Clinch appeared in the Faversham and North East Kent News, published on Saturday 9th June 1916:

We deeply regret to record the second bereavement, which the war has brought to Mr and Mrs C. W. Clinch, of Wey Street, Hernhill, who have now lost two gallant sons in the service of their country.  Harold, their second son, aged 22 years, who was in the Royal Fusiliers, was killed in action in France on the 26th September 1916, and his death has been followed within only eight months, by that of the eldest son,  Sergt.  John Clinch, (Royal East Kent Mounted Rifles), who we recently reported to be seriously wounded.  He died of his wounds in hospital in France on the 21st  May.

Sergeant John Clinch, who was 30 years of age, was an old East Kent Yeoman, he having joined the Regiment thirteen years ago.  He was also one of the smartest men in the Regiment.  In 1910 he won the Regimental sword prize, and in 1912 took the prize for the best mounted and turned out yeoman in the regiment.

On going to the front at the latter part of last year he was attached to The Buffs and he was in several engagements before he was fatally wounded in action on the 15th April.  He was married some fifteen months ago to Miss Grace Stevens, daughter of Mr and Mrs Ashley Stevens, of Luddenham Court.  With his young wife in the early separation, as also with the two families, the deepest sympathy is felt, and every East Kent Yeoman will mourn the loss of a smart and gallant comrade. 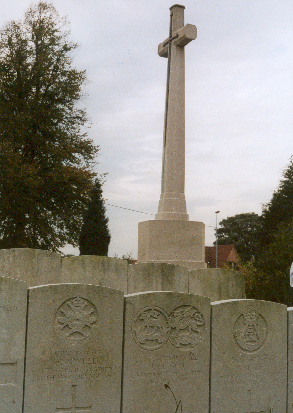 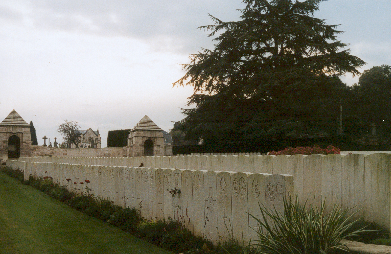