Frederick Eve was the son of Mr and Mrs Eve of Boughton, and the husband of Ellen Eve, of Rochester.

He was the father of the late Freddie Eve, who is still remembered in the village for arranging dances, at the George Hotel and at the Locarno Hall, which was just off The Street.

Frederick first enlisted in the Grenadier Guards in Canterbury in December 1905 for a three year service, which would be followed by nine years in the Reserve. Hence he was one of the first to be recalled to the colours at the outbreak of the First World War. On his attestation papers he gave his age as 18, and his occupation was Farm Labourer. After his three years service, he joined Rochester Police.

On the outbreak of war he was called to rejoin the Colours, and within a very short period was sent to the Front, and had a very narrow escape.  He was shot in the right hand, sustained a slight wound in the hip, and a bullet passed through his hat.   He was sent back to England, and on recovering from his wounds was engaged for 12 months as instructor.

In October 1915, he returned to the Front and was expected home on Christmas leave. He was killed on the Somme in December 1916 buried at Sailly-Saillisel cemetery. He is also remembered with honour at the Boughton War Memorial at St Barnabas.

We are very fortunate in having so much original material, with information about Frederick Eve, reproduced here by kind permission of the late Mrs Connie Eve, widow of his son Freddie, and as supplied by the Guards Museum in London, where this material is now lodged. All this is contained in the following supplementary pages - click on the links to open these in a new window: 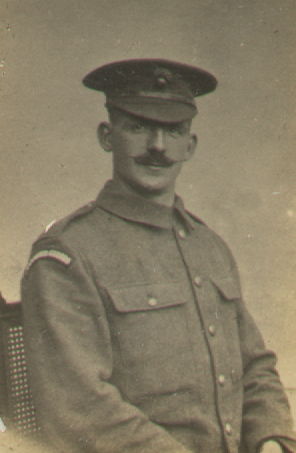 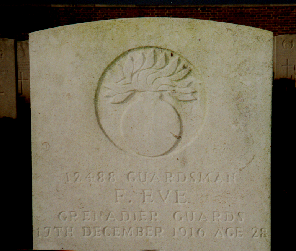 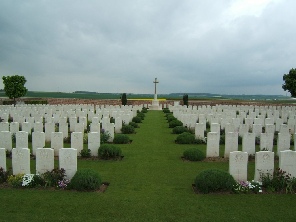 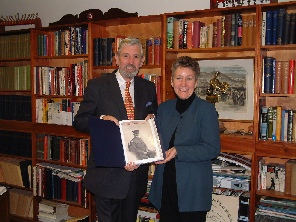 Sue Owen presenting Frederick Eve’s records and letters to the Guards Museum on behalf of the late Connie Eve.