Following his death, the following tribute to Frederick Eve appeared in a newspaper (probably from the Medway area, where Frederick Eve had served as a Police Constable with Rochester City Police.)

“The sad news was officially confirmed on Friday, that ex-Police Constable Frederick Eve, Rochester City Police, has been killed at the Front.   From the information to hand, it appears that on the night of the 17th December, the battalion to which deceased was attached had been relieved from the trenches and were on their way to the base, when a shell came over, and in bursting, killed Eve instantly.   Much sympathy is felt for the widow and son in the great loss they have sustained.

Ex-P.C. Eve was a native of Boughton, near Faversham, and enlisted in the Grenadier Guards when quite a young man.   After three years service he retired, and on the 23rd April 1909, joined the City of Rochester Police Force.

On the outbreak of war he was called to rejoin the Colours, and within a very short period was sent to the Front, and had a very narrow escape.  He was shot in the right hand, sustained a slight wound in the hip, and a bullet passed through his hat.   He was sent back to England, and on recovering from his wounds was engaged for 12 months as instructor.

Fourteen months ago, he returned to the Front and was expected home on Christmas leave, when the first intimation arrived that ill had befallen him.

Eve was 28 years of age, and held in the highest esteem by his colleagues in the Police Force and all with whom he had become acquainted.   He was a tactful  officer, a good soldier and a honourable man.” 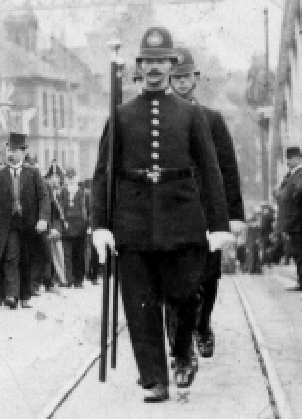 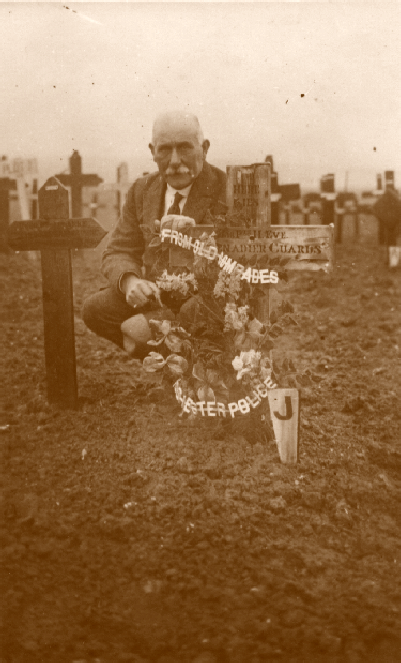 published after the War, tells

and the Chief Constable of

at Sailly on The Somme.

Chief’s Tribute to a comrade

Mr A.S. Arnold, Chief Constable of Rochester, has just returned from a tour in France.

Whilst there, he visited the grave at Sailly, on the Somme, of ex-Police Constable Frederick Eve, 2nd Grenadier Guards, and placed upon it an artificial wreath inscribed  “From old comrades, Rochester Police”.

The wreath, which was beautifully designed, was made principally of beads, and in it were worked a red and a white rose.

Police Constable Eve was the only member of the Rochester City Police who lost his life in the war.    He was called up for service in the 2nd Battalion Grenadier Guards on August 4th 1914, and was killed in action on December 17th 1916.

Mrs Eve visited her husband’s grave after Mr Arnold, and it must have been very gratifying to her, to have found so pleasing a tribute to his memory. 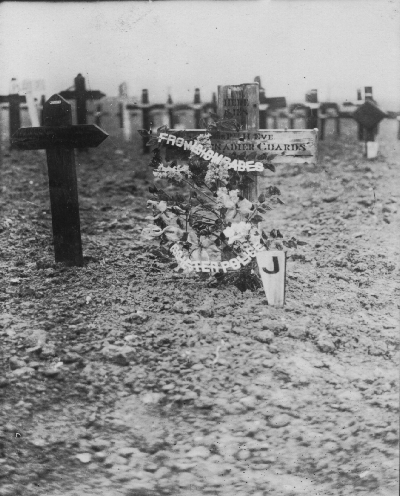 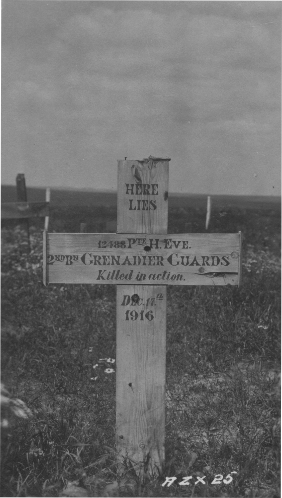