Private Forster, the son of Mrs E. Forster, of Sea View Cottage, Boughton, was born in Dunkirk in 1891. The 1911 census shows the family living at Pottery Cottages, Dunkirk. Ernest was then 19 years old, single and a farm labourer. Also in the household are Percy Brunger, aged 17, and Ruby Brunger, aged 1 year.

Sadly Percy Brunger , serving with the East Surrey Regiment, was killed at Ypres on 25 April 1915.

Private Forster is remembered with honour at Raperie British Cemetery, Villemontoire, where his grave reference is X. E. 7, and at the War Memorial at St. Barnabas Church, Boughton.

Villemontoire is connected entirely with the victorious advance of the 15th (Scottish) and 34th Divisions, under French leadership, in the period from 23 July to 2 August 1918.

National Archives in association with Ancestry.com. 1891, 1901 and 1911 England census database. 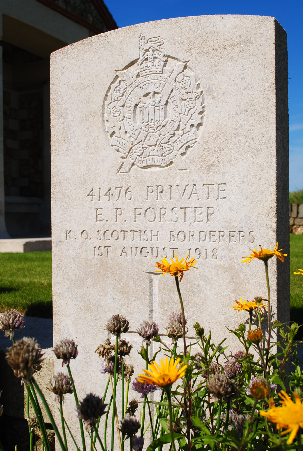 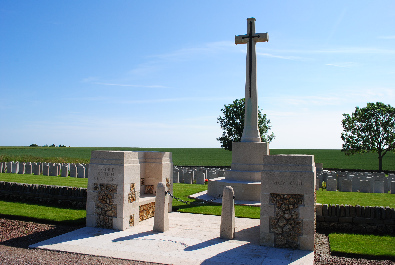 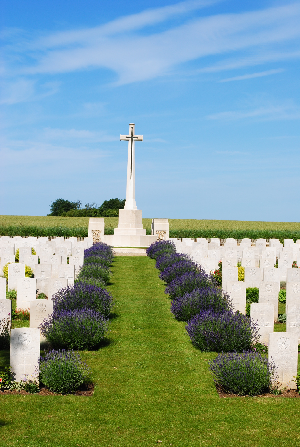 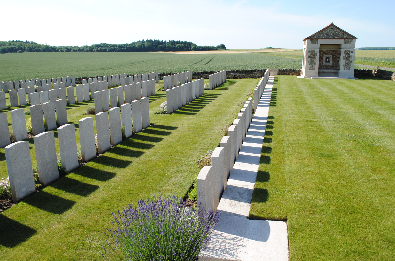