William John Fuller was the son of John and Elizabeth Fuller. William was born in Boughton and baptised at Boughton Church in 1890.

The 1891 census shows the family living at Black Cottage in The Street  (at the bottom of Boughton Hill.).  The address of this  cottage is now Staplestreet Road.

William’s naval record shows that when he enlisted in Chatham in April 1908, he had been working as an agricultural labourer. He initially joined HMS Acheron, a stokers’ training ship, before serving on the new dreadnought battleship HMS Lord Nelson from 1908 -1910, and then on the cruisers Astroea and St George in 1911 and 1912. In January 1914 he joined the cruiser H.M.S. Hawke.

In 1914, when William Fuller lost his life, the notification of his death was sent to his parents living at a house in The Street, Boughton, which may have been Black Cottage.   The notification states that:  Stoker, 1st class, William John Fuller, was killed as a direct result of enemy  action with a submarine, in the North Sea, on 15 October 1914, aged 26.

He is remembered with honour at the Chatham Naval Memorial, and on the memorial in Boughton.

Attack by German Submarines (U boats) were the greatest threat to British Naval supremacy during  the 1914-18 war.  On October 15 1914, in the very early days of the war, two men from Boughton perished when the armoured cruiser  H.M.S. Hawke, which was lying in sheltered waters off the Scottish coast, was torpedoed by a U boat.  They were Richard Stanley Ellender and William John Fuller. 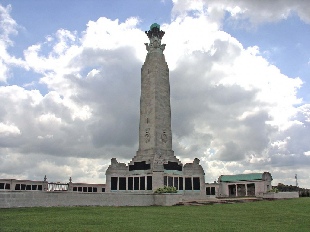 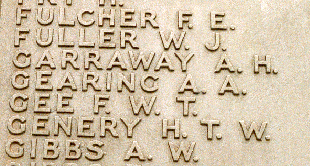 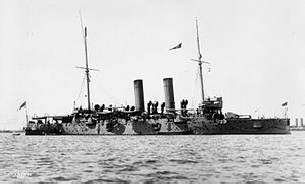