Flight Sergeant Garbutt was the husband of Nellie Garbutt of The Crescent, Boughton.  He had been a member of the editorial staff of the Faversham and North East Kent News, which carried reports that he was missing in action, and then that he had been killed.

He is remembered with honour at the Malta Memorial, Malta, where his name appears on panel 7, column 1, and at the War Memorial at St. Barnabas Church, Boughton.

The Malta Memorial stands just outside the main entrance to Valletta, and commemorates almost 2,300 airmen who lost their lives during the Second World War whilst serving with the Commonwealth Air Forces flying from bases in Austria, Italy, Sicily, islands of the Adriatic and Mediterranean, Malta, Tunisia, Algeria, Morocco, West Africa, Yugoslavia and Gibraltar, and who have no known grave.

223 Squadron was a bomber squadron which had moved to Malta in July 1943 to attack tactical targets on Sicily during the preparations for the invasion. In September the squadron moved to Italy, and was used to attack enemy communications.

Former Member Of “The News” Staff

‘Sergt. Stanley W. Garbutt RAF, who was formerly on the editorial staff of the Faversham News for about five years, has been reported missing from air operations in October.   His wife, who resides at Boughton, received official intimation of this last week.

Sergt. Garbutt, whose parents live in London, is in his 24th year.   He spent his boyhood and was educated at Herne Bay, where he continued to live (with his Grandmother during the years he was on the “News” staff.  He will doubtless be remembered by the many with whom he came in contact in Faversham and district during those years.

He joined the Royal Air Force in August 1941, and had most of his training in Rhodesia.‘

Some time later the newspaper reported:

‘In view of the lapse of time since he was reported missing, the Air Ministry has also assumed the death of Flight Sergeant Stanley William Garbutt, whose wife resides at The Crescent, Boughton.

While on one of his last home leaves, he married Miss Nellie Edwards, of 7 The Crescent, Boughton.

Barely a fortnight before he was reported missing, he was promoted from Sergeant Gunner to Flight Sergeant.’ 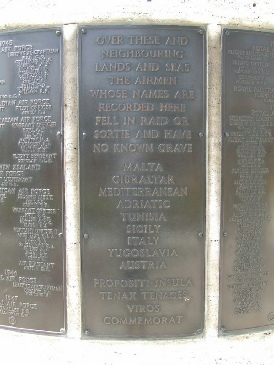 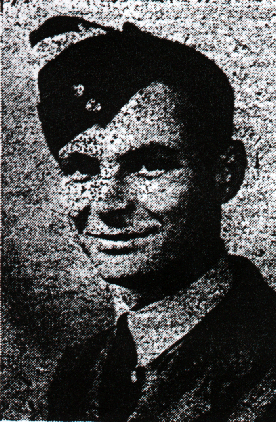