Private Gilham was the son of Robert and Ellen Gilham, of Woodsend, South Street, Boughton, who are pictured below with “Gran” in a photograph kindly supplied by John Gilham. In the 1911 census, Robert Gilham was a 19 year old farm labourer, living with his parents in North Lane.

He died at the end of September, at a crucial point during the Battle of the Somme, when the town of Thiepval was finally captured.   There had been fierce battles for every village, copse and farmhouse gained. 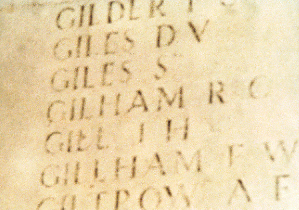 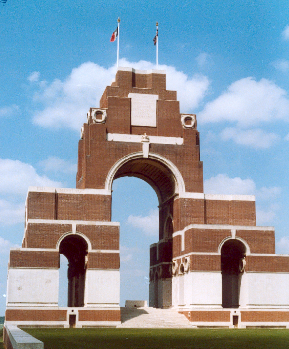 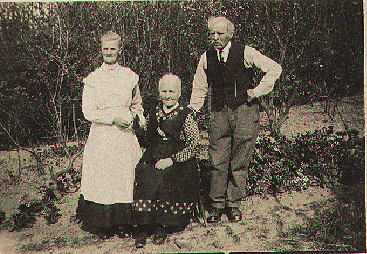