Bertram Hadlow was one of five sons of Albert and Martha Ann Hadlow, fruit growers, of Bushy Wilds, Dargate. He died two days after the Armistice. In the 1911 census he was aged 12.

Private Hadlow is remembered with honour at Abbeville Communal Cemetery  Extension,  Somme, France, where his grave reference number is V.C.22.

For much of the First World War, Abbeville was headquarters of the Commonwealth lines of communication and No.3 BRCS, No.5 and No.2 Stationary Hospitals were situated there variously from October 1914 to January 1920.

The following tribute appeared in the Faversham and North Fast Kent News, published on 30th November 1918:-

Very sincere regret is felt for Mr and Mrs Albert Hadlow, of Bushy Wilds, Dargate, who have received news of the death of their son, Bertram Frank Hadlow, of the Royal Engineers Signal Service.

He joined the Army two years ago, and was wounded twice last winter.  For nine months he was on home service, two months being spent in hospital at Liverpool. He went out again on November 4th, and was in hospital on the 8th and died on the 13th November.

He was greatly esteemed by a large circle of friends in Hernhill, who sincerely mourn his death. 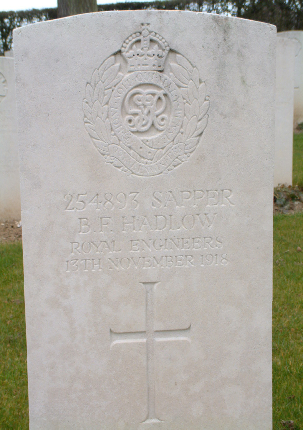 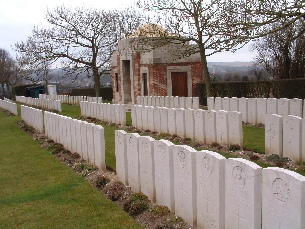 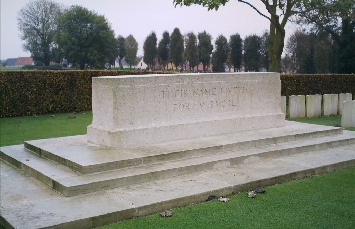 National Archives in association with  Ancestry.com: 1901 and 1911 England census database.