George Harlow was born at Rhode Common, South Street, Boughton. He was the husband of Ellen Harlow, of Fir Tree Cottage.

In the 1911 census they were living at 10 Bassett Road Sittingbourne with their one year old son Frederick, and George was working as a labourer in the paper works.

According to Wikipedia: The Macedonian front, also known as the Salonika front, of World War I was formed as a result of an attempt by the Allied Powers to aid Serbia, in the autumn of 1915, against the combined attack of Germany, Austria-Hungary and Bulgaria. The expedition came too late and in insufficient force to prevent the fall of Serbia, and was complicated by the internal political crisis in Greece. Eventually, a stable front was established, running from the Albanian Adriatic coast to the Struma River, pitting a multinational Allied force against the Bulgarian Army

From the Allied base at Salonika, a road ran north-east across the river to Seres, and it was this road that the right wing of the Allied army used for the movements of troops and supplies to the Struma front during the Salonika Campaign. Struma Military Cemetery contains 947 Commonwealth burials of the First World War, 51 of them unidentified.

The following tribute to Private Harlow appeared in the Faversham and North East Kent News published on 30 September 1916:

We regret also, to record the death of Private George Harlow, of The Buffs, who has died from a severe attack of fever at Salonica.

He was a brother of Mr Charles Harlow, farmer, of Rhode Common, Dunkirk, who during the war has been serving as a Relief Constable in the Faversham Division.

The deceased also resided at Rhode Common where he assisted his brother on the farm.  Private Harlow joined The Buffs in the early days of the war, and before going to Salonica, had been in a good deal of the fighting in France, where he was wounded three times – twice in the head and one in the shoulder.  He was also gassed once.

He was 31 years of age, and leaves a wife and one child.  The deceased was one of five brothers (sons of Mrs Harlow of Chilham), who were on war service.

Mr Charles Harlow, as already mentioned, is serving as a Relief Constable, and at the same time carrying on his farm under considerable difficulties, owing to the loss of his men.

The other three brothers are:  Percy (in the Army Service Corps), Walter (in the Buffs), and Ernest, (a wireless operator in the Navy). 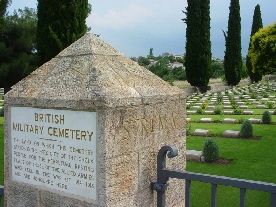 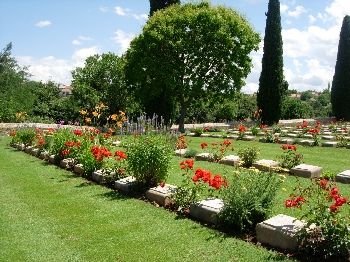