William Edward Harvey was a Petty Officer Stoker on HMS Aboukir.  He was born in 1885 in Blean, and the 1901 census identified him as a 16 year-old “pauper” living at Blean Union Workhouse.

On his naval record, he gave an earlier date of birth - 14 June 1883 - when he enlisted in February 1902 at Chatham. He served first in the depot ship HMS Leander, and then in a number of ships including the then new cruiser HMS Pathfinder, the battleship HMS Victorious and various shore establishments. In August 1914 he joined HMS Aboukir when she was taken out of reserve and re commissioned at the start of the war

In the 1911 census he was a Petty Officer in the Royal Navy, living at 3 Nightingale Road, Faversham, with his wife Alice, 3 year-old son William and 15 year-old (described as his brother) Alfred Austin, who worked at the Gunpowder works. By 1914, his family had settled in Hernhill, where Sarah Harvey (probably his mother) had lived at 2 Staplestreet - in the 1901 census with husband Henry; in the 1911 census she was a widow.

On 22 September 1914, three armoured cruisers, HMS Cressy, Aboukir and Hogue, were torpedoed  by one German submarine, in an area off the Dutch coast known as the Broad Fourteens. The cruisers had been attempting to keep the River Scheldt open, by hampering German mine laying activities.

The old Bacchante class  cruisers and their men were known as "the live bait squadron”  because the  vessels stood little chance against  more modern  and powerful  surface raiders and submarines. Total losses in less than one hour were 3 cruisers, 62 officers and 1,397 men. There is a detailed account of the action and its aftermath on Wikipedia ( follow this link), and summarised on one of our “Miscellany” pages.

Two local men were among those who perished.  Charles Edgar Arnold, aged 26, was a Stoker lst class on HMS Cressy.  William Edward Harvey was a Petty Officer Stoker on HMS Aboukir.

Stoker Charles Arnold and Petty Officer William Harvey are remembered with honour at the War Memorial at St Michael's Church, Hernhill, and at Chatham Naval Memorial, which commemorates those members of the Royal Navy who have no known grave. The Royal Navy and Royal Marines Graves Roll confirms that his body was not recovered for Burial; it also indicates that his widow Alice had moved to 11 Ashfield Street, Fegley, Bradford, Yorkshire

The following tribute appeared in the Faversham and North East Kent News, published on Saturday 24th October 1914, under the heading  “Hernhill's Naval Heroes”:

The Parish of Hernhill already has to mourn the loss of two men who during the present war have laid down their lives for their country.

They are Charles E. Arnold of  H.M.S. Cressy, and A.E. Harvey, petty officer of H.M.S. Aboukir.  The former belonged to a family which has been well known in Hernhill for many years.  Of the five sons, two joined the Royal Navy, (Charles being one), and two have lately enlisted in the Garrison Artillery.

Charles always bore an excellent character and was  generally liked and esteemed. Petty Officer Harvey belonged to a family more recently settled in Hernhill.  He, too, was a man of high character and he leaves a mother and wife to lament his loss.

A memorial service for the two men was held last Sunday evening, when the parish church was filled with parishioners anxious to pay their tribute of respect to the deceased.

The service was conducted by the Vicar, Rev.  A. Clark, who paid glowing tributes to the character and heroic spirit of the two men.  The Dead March (in Saul) and Mendelssohn's Funeral March were impressively played by Miss Foreman at the commencement and close of the service, respectively.  Before the service the ringers rang muffled peals. 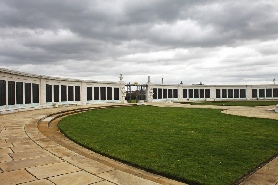 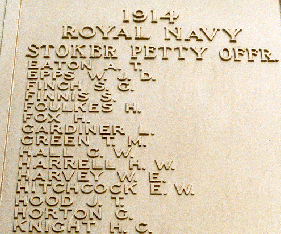 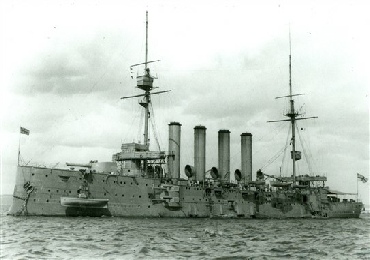