Henry Hogben was the son of Walter and Elizabeth Hogben, and the husband of Annie Hogben, of Vicarage Hill, Petham. He was one of four brothers who served in the War. Another brother, Frederick, was killed in Salonika, Greece, in 1916.

Private Hogben is remembered with honour at Delville Wood Cemetery, Longueval, Somme, France, where his grave reference is XXII. N4. He is also remembered at the War Memorial at St. Barnabas Church, Boughton.

Delville Wood Cemetery was made after the Armistice, when graves were brought in from a few small cemeteries and isolated sites, and from the battlefields. Almost all of the burials date from July, August and September 1916. There are now 5,523 burials and commemorations of the First World War in this cemetery. 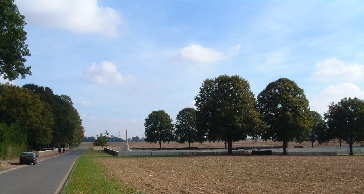 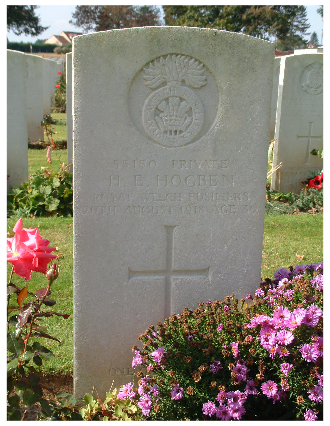 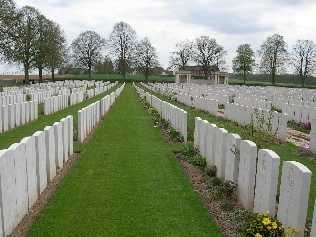