The 1901 and 1911 census returns showed that Bertram Hooker was born at Eastchurch, Sheppey, in 1887, the son of William and Ellen Hooker, who were living at Eastchurch.

In 1911 Bertram was aged 24, and was a shipwright at Sheerness Dockyard. His parents William and Ellen Hooker were, by this time, living at Oversland, Boughton, where William was working as a farm labourer. It is unlikely that Bertram ever lived in Boughton, but possible that his name  appears on Boughton War Memorial as the result of his parents wanting a memorial to their son close to where they lived.

H.M.S. Hampshire was an armoured cruiser, and was normally part of the ‘China Squadron’, which provided a cover for Imperial convoys bringing troops and horses to the Front, from New Zealand and Australia.

According to Wikipedia, Hampshire saw service during the First World War and was present at the Battle of Jutland in mid-1916. Several days later she was sailing to Russia, carrying the Secretary of State for War, Field Marshal Lord Kitchener, when she is believed to have struck a mine laid by a German submarine. She sank with heavy loss of life more than 600 men including Bertram Hooker, in addition to Kitchener and his staff.

The incident is described by Philip Warner in his book “World War One”. page 112).

‘A heavy gale was blowing when the Hampshire went down and this prevented any boats being launched …...  the cruiser sank in ten minutes.  Over 150 men clambered aboard the three rafts, but most dropped off through cold and exposure and only fourteen reached the sheer cliffs of Marwick Head, a mile and a half away.’ 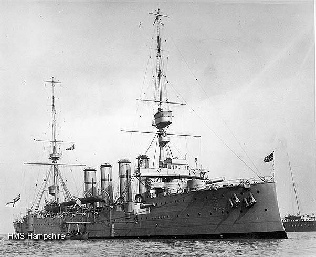 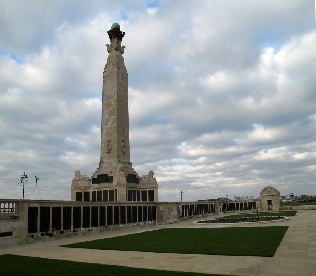