Frederick Howe was the son of Boaz and Eliza Howe of Dunkirk. He was baptised in May 1898, and in the 1911 census he was 13, living with his parents in Stoney Road. His father Boaz was a general labourer, as was his 15 year old brother Edward. His two older sisters Eliza and Henrietta were domestic servants.

Frederick would have been around 18 when he died on the Somme in 1916.

He is remembered with honour at Thiepval Memorial, Somme, France, where his name appears on panel 7C, and on the war memorial in Dunkirk Churchyard. 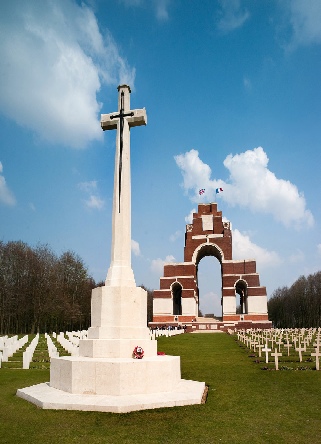 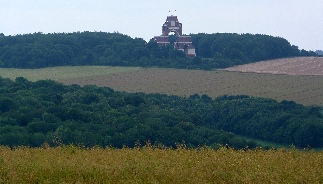 The Dunkirk Parish magazines of 1915/1916 briefly included a feature “NEWS FROM OUR BOYS SERVING WITH H.M. FORCES”, collected by the then headmaster of Dunkirk School W.V. Burgess. It includes the following mention of this man and his brother:

September 1915 - Fred Howe has joined the R.E.K.M.R. and is in training. His brother Eddie is also in training with the Canadians on the other side of the "herring pond." He hopes to be soon in England.

November 1915 - Pte. Edward Howe has arrived from Canada, and is in training in Kent, and his brother, Pte. F. Howe, is near Canterbury.