Herbert Howland was the husband of Ellen Howland  of 15 Poplar View, Boughton, and the son of James and Elizabeth Howland. His daughter Winifred married Alfred Smoothy, who died in the fighting in Italy in 1945, and who is also remembered with honour  on the Boughton War Memorial.

He is buried with honour in a Commonwealth War Grave in the churchyard at  SS Peter and Paul Church, Boughton, where his grave reference is M. 25.

The following article appeared in the “Faversham and North East Kent News”:

Another man belonging to this district has fallen a victim of the war.

Among the men of the crew of H.M. trawler Benvolio who lost their lives when the vessel was sunk by an explosion while mine-sweeping, was Herbert Stephen Howland, A.B., of 15 Poplar View, Boughton.

The announcement received by his family from the Admiralty stated that he had been killed by enemy action.

Mr Howland belonged to Boughton, and was 54 years of age. After service in the Navy he came out on pension seventeen years ago. He served all through the last war, and came out of it without a scratch.

With the outbreak of the present war he was called up for service again in October.   He was the only pensioner it seems, on The Benvolio.  In the early part of February he came home on seven days’ leave.He leaves a widow, two sons and four daughters.

His body was brought from an East Coast port to his home at Boughton on Tuesday, and the funeral took place at Boughton yesterday (Thursday).

We are obliged to Herbert Howland’s family, and in particular his grandson Derek Elvey, for photographs and details that appear here.

Herbert’s earlier naval career had taken him to the Far East, where he served on HMS Robin, one of the smallest Royal Navy gunboats in China - More details below.Called up at the beginning of the second World War, he had recently been home on leave after his ship the trawler Benvolio had suffered damage in an earlier action. 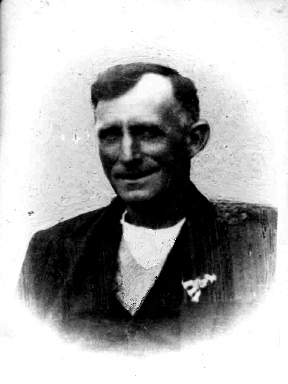 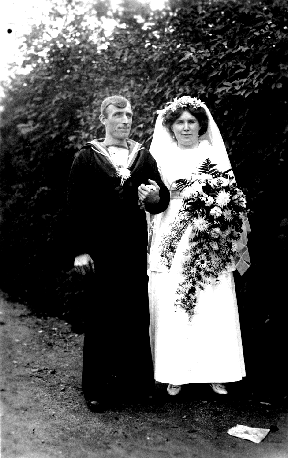 The following article appeared in the “Faversham and North East Kent News” on March 8th 1940:

“Parishioners of Boughton paid their tributes to a local hero of the war on Thursday afternoon, last week, the Parish Church being crowded on the occasion of the funeral.of Herbert Stephen Howland, A.B., who, as reported last week, lost his life when H.M. Trawler Benvolio sank after an explosion while engaged in minesweeping in the North Sea.

The Vicar, Rev. W.A. Leach, and the Methodist Minister, Rev. R.O. Stobbs, both took part in the service, which included the hymn “Abide with me”, the singing being led by the choir of Boughton Church School. Miss Foreman was at the organ” 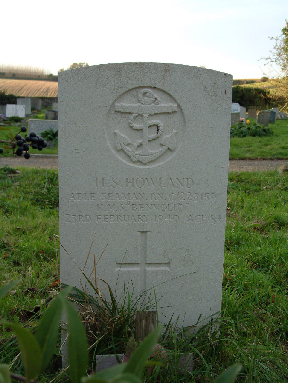 The name 'Harry Tates' dates back to the First World War and was used as jargon for anything clumsy and amateurish. It originated from an old music hall entertainer who would play the clumsy comic who couldn't get to grips with various contraptions. His act included a car that gradually fell apart around him.

By the start of WW2 it had been adopted by the Royal Navy and used for the purpose of poking fun at the trawlers & drifters of the Royal Naval Patrol Service. In true RNPS style they took it on the chin and the title of Harry Tate's Navy was proudly adopted. As the war went on it was to become a worthy password for courage.

The most important distinction given to the Royal Naval Patrol Service was an exclusive silver badge.

It took the form of a shield upon which a sinking shark, speared by a marline spike, was set against a background made up of a fishing net with two trapped enemy mines.

The shark symbolized a U-boat and the marline spike the tool of the Merchant navy. The net and the mines were both symbols of the fishermen who now found themselves at war seeking a new deadly catch.

Never before had one section of the Royal Navy been similarly honoured. 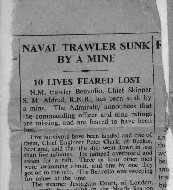 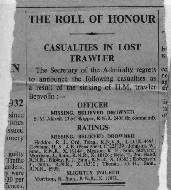 Birth of the Silver Badge Fleet

Herbert’s earlier naval career had taken him to the Far East, where he served on HMS Robin, one of the smallest Royal Navy gunboats in China.

Built in 1897, and based in Hong Kong HMS Robin and her sister ships Sandpiper and Snipe usually patrolled the West River, which is approximately 1,200 miles long and reaches the sea in the Hong Kong-Macau area. HMS Robin later became famous with the local population for chasing pirates. 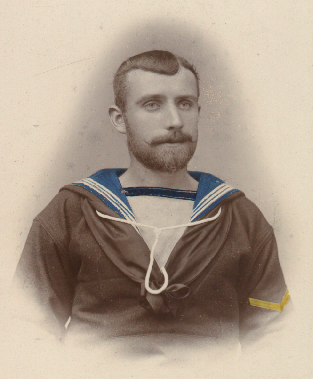 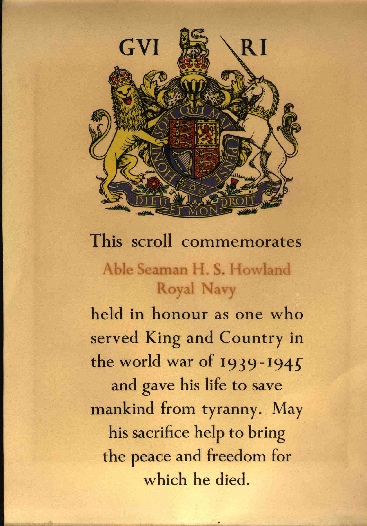 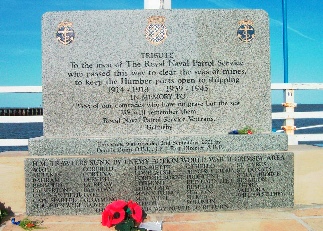 Grimsby Royal Docks was the largest base for minesweepers in the British Isles, and minesweepers from this base used to go out into the North Sea to sweep the shipping lanes.

A memorial at the Queens Steps commemorates the men of "The Royal Naval Patrol Service", popularly known as "Harry Tate's Navy". Its fighting fleet consisted of hundreds of requisitioned trawlers, whalers, drifters, paddle steamers, yachts, tugs and the like 'Minor War Vessels' as the Admiralty called them, and they were armed with ancient and out-of-date weaponry,

An inscription engraved on the stone, listing the names of the 39 H.M. trawlers sunk by enemy action during World War 2 in the Grimsby Area - amongst them the Benvolio. 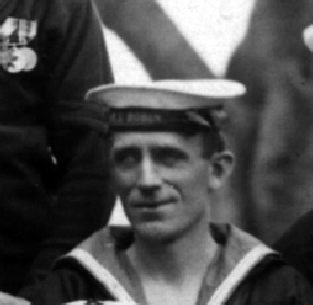 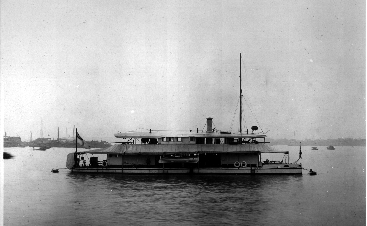 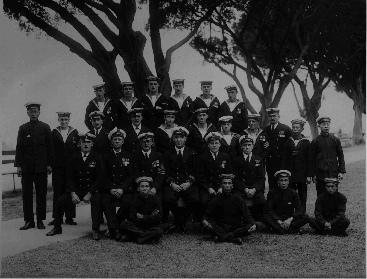 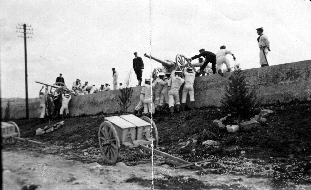 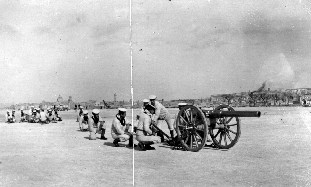 The family has also provided these pictures of Herbert Howland taking part in the Naval Field Gun Competition. 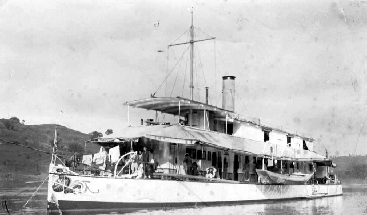