James William James was the son of Martha James of Forstal, and the husband of Rose James. He was a member of the Royal Fleet Reserve, and was killed on the tug Danube III in the Thames Estuary.

Able Seaman James is remembered with honour at the Chatham Naval Memorial, and on the War Memorial at Hernhill.

According to James James’ Service Record, he served in the Royal Navy at HMS Pembroke (Chatham) from 1921 to 1926, the transferring to the Royal Fleet Reserve. He was called up in 1938, and was killed on HM Tug Danube III in the Thames Estuary.

His children, Pat Godden of Oversland, and Bill James of Seasalter, have kindly made available the material reproduced here, and provided further information including his call-up papers, the telegram to his wife Rose and the letter from his Commanding Officer.

James James had been born and brought up in Plaistow, in London, although his mother Martha James lived at Forstal after World War I.

After the house in Plaistow had been bombed in the blitz, James’ widow Rose came to live with his mother in Hernhill. 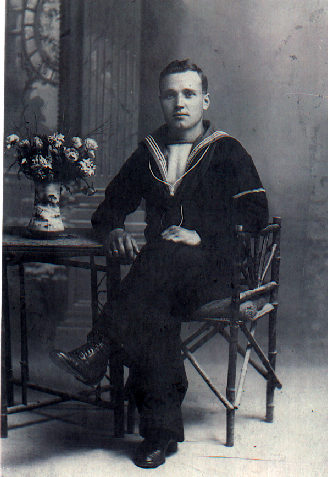 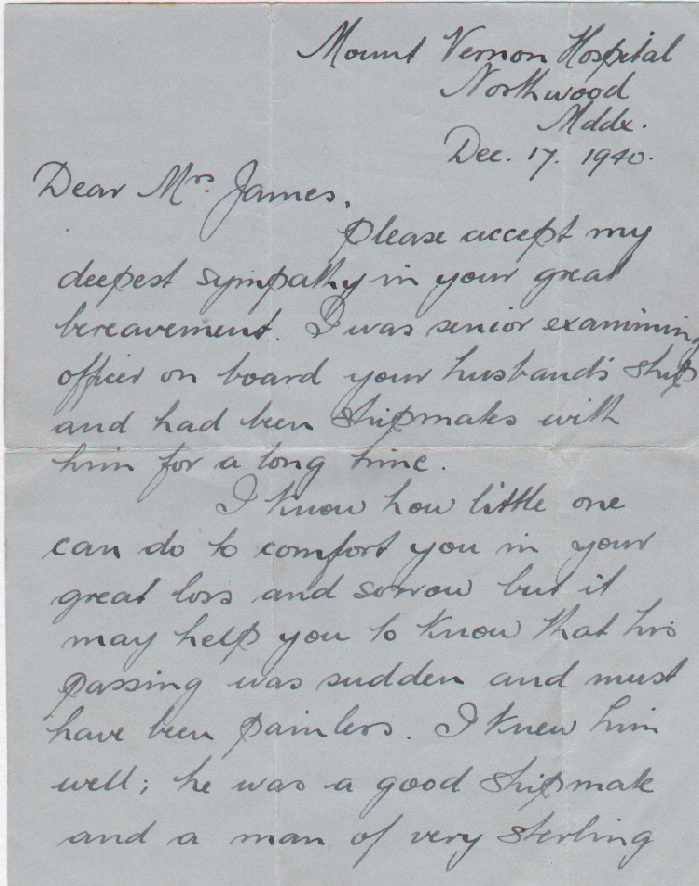 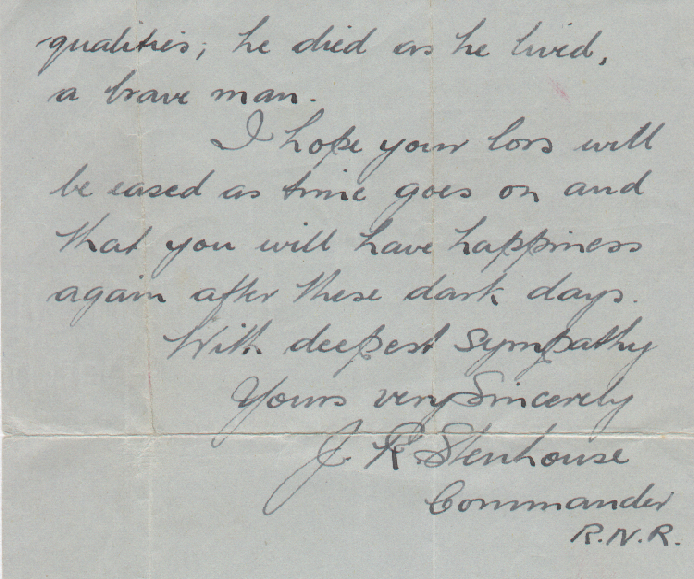 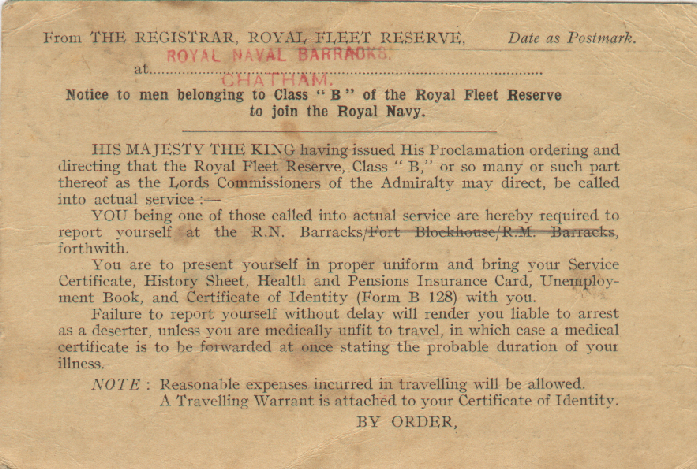 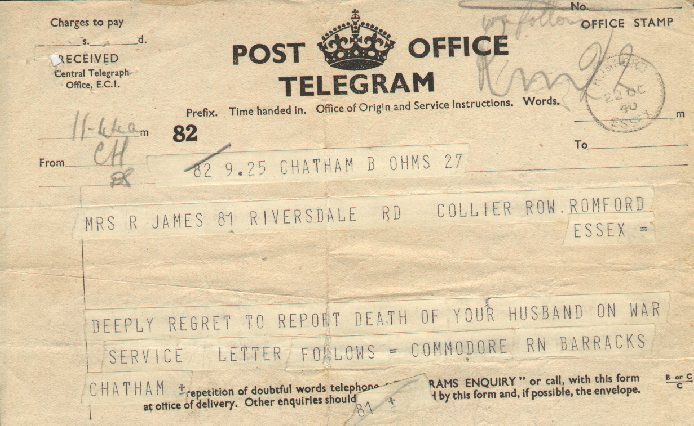 Pat Godden of Oversland, and Bill James of Seasalter