The register of Baptisms at Hernhill Church, shows that Aubrey Hugh Jessop, baptised on 14th September 1884, was the son of Charles and Mary Jessop. Charles Jessop (sometimes spelt Jessup) was a butler at Mount Ephraim.

In the 1901 census, Aubrey was living as a boarder with a family in Dumbarton (where he had ben born) and training as a marine engineer. He enlisted at Dover, and the 1911 census was serving, with the rank of Sergeant, in the Black Watch in India. He had a younger sister, Kate, who was a teacher and who was in Germany when war broke out; her eventful  journey home was recounted in the Faversham and North East Kent News. The article is reproduced here in the “Miscellany” section of this web-site.

Sergeant  Jessop is remembered with honour at Basra Memorial,  Iraq, and at the War Memorial at St. Michael’s Church, Hernhill.

The Basra Memorial bears the names of more than 40,500 members of the Commonwealth forces who died in the operations in Mesopotamia, from the Autumn of 1914, to the end of August 1921, and whose graves are not known.

Until 1997 the Basra Memorial was located on the main quay of the naval dockyard at Maqil, on the west bank of the Shatt-al-Arab, about 8 kilometres north of Basra. Because of the sensitivity of the site, the Memorial was moved by presidential decree. The move, carried out by the authorities in Iraq, involved a considerable amount of manpower, transport costs and sheer engineering on their part, and the Memorial has been re-erected in its entirety. The Basra Memorial is now located 32 kilometres along the road to Nasiriyah, in the middle of what was a major battleground during the first Gulf War. 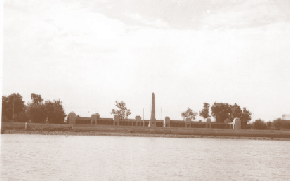 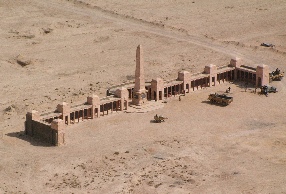