Ernest Manuel was born in Throwley in 1875, the youngest of the three children of James and Ann Manuel. He was an agricultural worker, and he married his wife Ada, who was from Lower Halstow, in 1899. In the 1901 census they were living in Minster, Thanet. By the time of the 1911 census they had moved to Thread Lane; their three children were born later. Before enlisting, he had been a farm labourer on Mr W.L. Hubble's farm.

Ernest Manuel served with The Buffs (East Kent Regiment) and later with the South Staffordshire Regiment in India.  He had been in India for a year and seven months, when he died of dysentery on Monday 17 September 1917, aged 42 years. Ernest Manuel is remembered with honour at Kirkee 1914 -1918 Memorial, near Poona, India, and at the war Memorial at St. Michael's Church, Hernhill.

Ernest’s father is thought to have been the chimney sweep, pictured below in an old postcard of Boughton with his donkey cart.

The following appeared in The Faversham and North East Kent News on Saturday 17 th November  1917:

“Private Manuel died of dysentery in India after a month's illness, on the 17th September, but his wife, who resides in Thread Lane, and is left with three children, did not receive the news of his death until last week.

Deceased, who was 42 years of age, was a native of Throwley parish, but had resided for some years at Hernhill, where he was employed on Mr W. L. Hubble's farm.

He joined up in May 1915 in the East Kent Yeomanry, but later left that regiment for The Buffs, and subsequently was transferred to the Staffords.

He had been in India for a year and seven months.

A sad item in the Hernhill Parish Magazine in February 1918 reported:

“With very deep sympathy do we mention the death ...... of Mrs Manuel’s little daughter, after an operation. Mrs Manuel has but recently lost her husband.  The loss of her little one is therefore a specially heavy blow. We pray for God’s strength and help on behalf of our sorrowing friends.” Little Elsie May, two years old, was buried on 30th January. 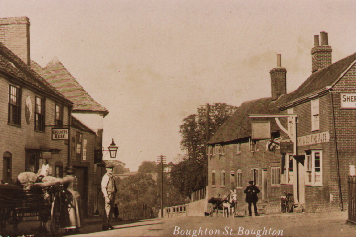 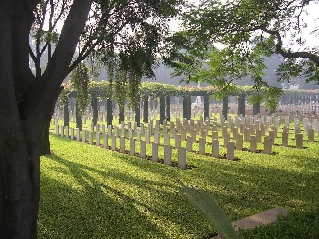