Arthur Miles was the son of Alfred and Rachel Miles, of Thread Lane, Dunkirk. In the 1911 census he was 20, living with his parents. His father Alfred was working as a shepherd, and Arthur and his two brothers were then farm labourers. Arthur enlisted into the Queens Regiment in December 1915, giving his occupation as carpenter’s labourer; he was promoted to corporal the following year. According to his army records, which include a translated notification from the Saxon (German) War Office, he was killed in action during a “patrol enterprise” near Wytaschaete.  His place of burial was in a shell hole near the lines in the days that followed the action. The record states that the spot could not be located after the line had been moved back and the ground had been heavily shelled. Some of his belongings were able to be returned to his family - two purses in 1917 and his identity disc in 1920.

He was in the same regiment as Albert Millen and died on the same day at Ypres. 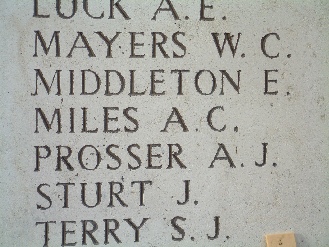 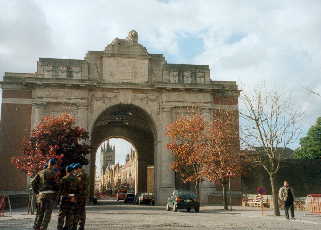