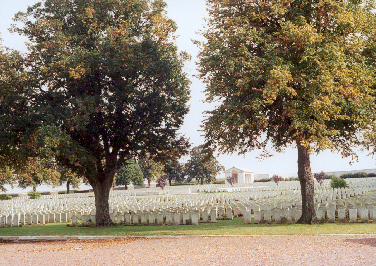 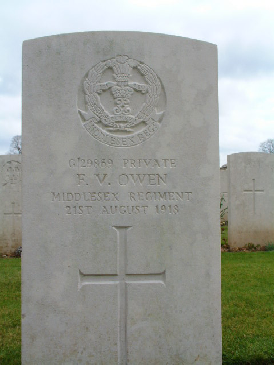 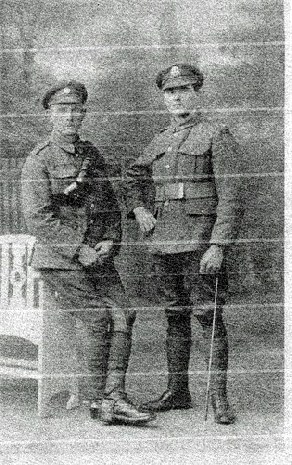 He was the older brother of Harold Vincent Owen, who had been killed on the Somme two years earlier. Both are remembered with honour on the War Memorial at Dunkirk Church.

Private Frank Owen is remembered with

honour at Serre Road Cemetery, No 2, Somme,  France, where his grave reference is X. G. 5.

In June 1916, the road out of Mailly-Maillet to Serre and Puisieux entered No Man's Land about 1,300 metres south-west of Serre. Early in 1917, the Germans fell back to the Hindenburg Line. The village changed hands once more in March 1918 and remained under German occupation, until they withdrew in August.

There are now 7,127 Commonwealth burials of the First World War in the cemetery, mostly dating from 1916. Of these, 4,944 are unidentified. By the end of the war it contained approximately 475 graves, but it was greatly enlarged after the Armistice by the addition of further graves from the surrounding area.