Robert Owen was the son of  Mr and Mrs Walter Owen of  Faversham, (formerly of Boughton). In the 1911 census, the Owen family were living at Egremont House, Boughton.  Robert Owen was 15 years old and a Bootmakers Apprentice student.

He was a former pupil of Boughton Wesleyan Day School, and a member of the Boughton Division of the St. John Ambulance Brigade.

He met his death at the Third Battle of Ypres, when he volunteered to help retrieve wounded from an extremely  dangerous area of the battlefield.

Private Owen is remembered with honour at the Tyne Cot Memorial, West Flanders, Belgium, where his name appears on Panel 160, and  at the War Memorial at St. Barnabas Church, Boughton.

The Tyne Cot Memorial to the Missing forms the north-eastern boundary of Tyne Cot Cemetery, one of four memorials to the missing in Belgian Flanders which cover the area known as the Ypres Salient. The battles of the Ypres Salient claimed many lives on both sides and it quickly became clear that the commemoration of members of the Commonwealth forces with no known grave would have to be divided between several different sites.

The Tyne Cot Memorial bears the names of almost 35,000 officers and men whose graves are not known.

The following tribute appeared in the Faversham and North East Kent News published on 17 November 1917:

‘Fearlessness of danger, and readiness to face it, is manifested by our lads at the Front, and by none more so than by the members of the Royal Army Medical Corps.

This is again demonstrated in the case of Private Robert Head Owen, the youngest of the three military sons of Mr and Mrs Walter Owen, formerly of Boughton, who was killed either on October 31st or November 1st.

His Quarter-Master-Sergeant, in a letter conveying the news of his death to his parents, says:

“There was never a more willing boy to be found.  He was always amongst the first to volunteer for anything and it was while out with a voluntary squad that he was killed.

He was of a bright and cheerful disposition and extremely unselfish;  above all he was known as a good living boy.  Held in high regard by all who knew him, his many friends have, by his death, sustained a real and lasting loss.”

A comrade who had also written, and speaks very highly of him, says:

“Deceased was one of a party who volunteered to fetch the wounded from a very dangerous place.  His death was instantaneous.”

Private Owen, who was 22 years of age, joined the R.A.M.C. two and a half years ago, and had been in France since last January.

He was a member of the Boughton Division of the St. John Ambulance Brigade, and his death adds another name to the roll of quite a number of the members of that Division, who have given their lives for their country.’ 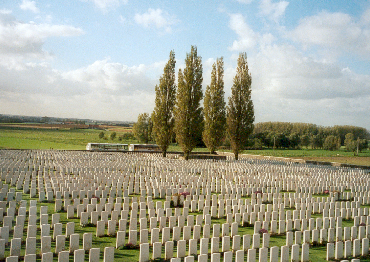 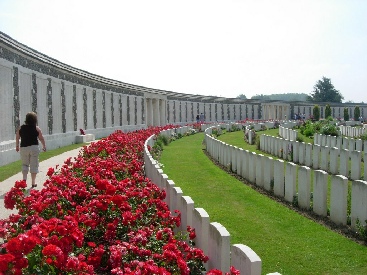