William John Packman was born in Hernhill, the son of Mr and Mrs A.J. Packman, of Yew Tree Cottage, Horselees, Dunkirk. In the 1901 census, he was 16 and was a labourer, as was his father.

William enlisted in the Buffs in Canterbury in 1906 and at the time of the 1911 census was serving with the Buffs in Singapore. He returned to England and transferred to the reserves in 1913, and hence was called up to serve with the British Expeditionary Force in France.

His army record and a message home to his family on 17 August 1915 indicates that he was severely wounded, with a gun shot wound to his lung, and he died from his wounds on 28 August.

During the First World War, the area around Etaples was the scene of immense concentrations of Commonwealth reinforcement camps and hospitals.

During the First World War, the area around Etaples was the scene of immense concentrations of Commonwealth reinforcement camps and hospitals. It was remote from attack, except from aircraft, and accessible by railway from both the northern or the southern battlefields. .  The cemetery contains 10,771 Commonwealth burials of the First World War. 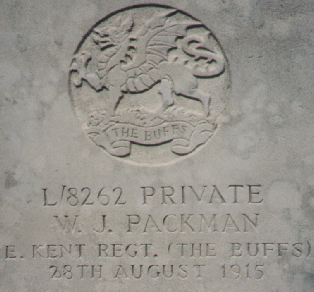 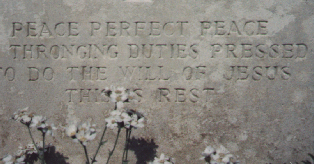 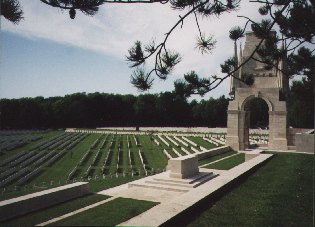 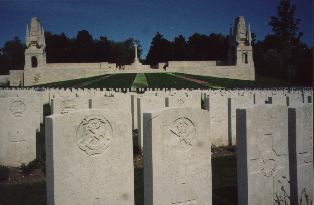 October 1915 - “Since our last issue we regret to have to report the death of W. Packman, in one of the French hospitals.. Our sincere sympathies are with the parents.”