Ernest Millen was the son of William and Emma Millen, one of ten children. William was a farm labourer. Ernest was born on 2 December 1895, and baptised at St. Barnabas Church, Boughton, on 12 January 1896. In the 1911 census he was aged 15, one of seven children still living with their parents at Clock House Crossing, Boughton. His older brother Albert Millen served in the Royal West Surrey Regiment and was killed in February 1917; Albert is remembered with honour on the Menin Gate in Ypres but is not included in the names on the Boughton War Memorial.

Gunner Ernest Millen was buried with honour in a Commonwealth War Grave in the churchyard of Boughton Parish Church.  He is also remembered at the War Memorial at St. Barnabas Church, Boughton. 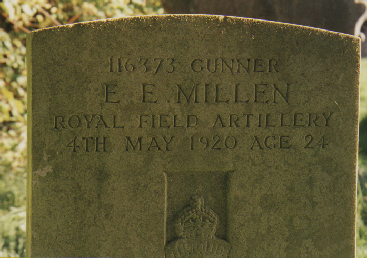 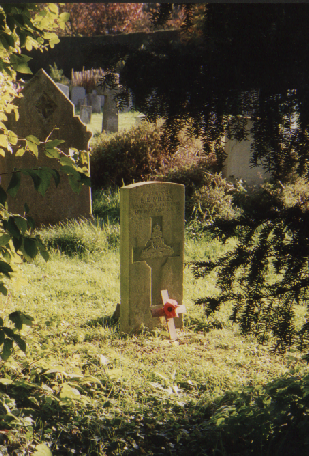