Walter Page was the only son of Mrs Hoare of Roman Road, Faversham, formerly of The George Hotel, Boughton.  Private Page was born in Folkestone and was a former pupil of Boughton Wesleyan Day School. He had served an apprenticeship as an engineer with a local firm, and had been in the St John’s Ambulance Brigade, before emigrating to Australia in 1910. He enlisted in the A.I.F. in 1914 in Melbourne, Victoria.

Private Page is remembered with honour at Lijssenthoek Military Cemetery, Poperinge, West Flanders, Belgium, where his grave reference number is XXII. H. 10A.

He is also remembered on the Roll of Honour of the Australian National Archives, which also includes his service record, and at the War Memorial at St. Barnabas Church, Boughton.

During the First World War, the village of Lijssenthoek was situated on the main communication line between the Allied military bases in the rear and the Ypres battlefields. Close to the Front, but out of the extreme range of most German field artillery, it became a natural place to establish casualty clearing stations, with a railway terminus for evacuation of the most seriously wounded. Around 300,000 soldiers received treatment here, and their stories are told in the new visitor centre on the site.

The cemetery contains 9,901 Commonwealth burials of the First World War, 24 being unidentified,and is the second largest Commonwealth cemetery in Belgium after Tyne Cot. 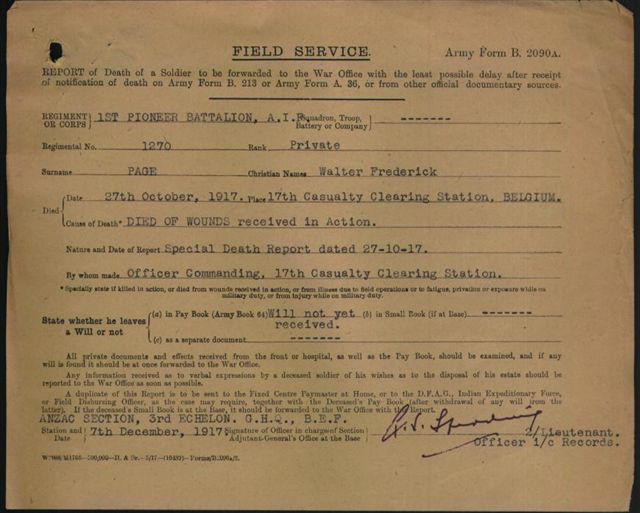 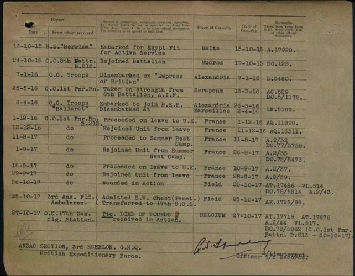 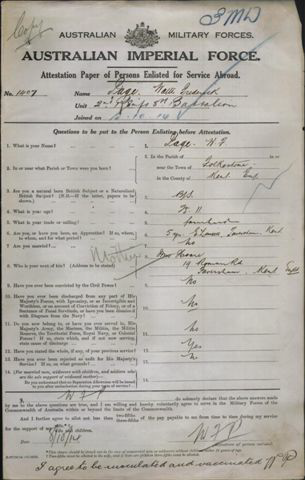 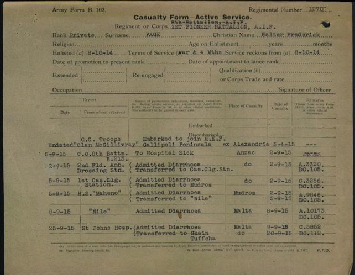 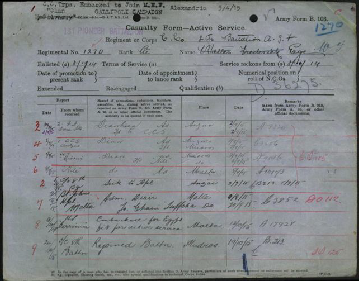 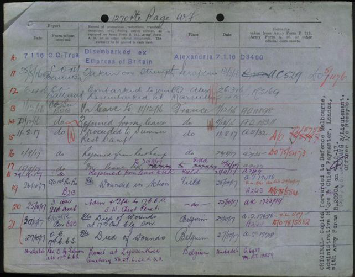 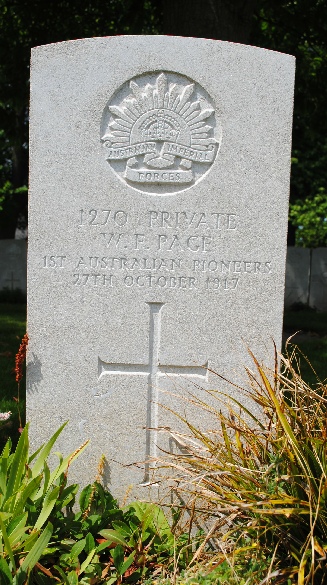 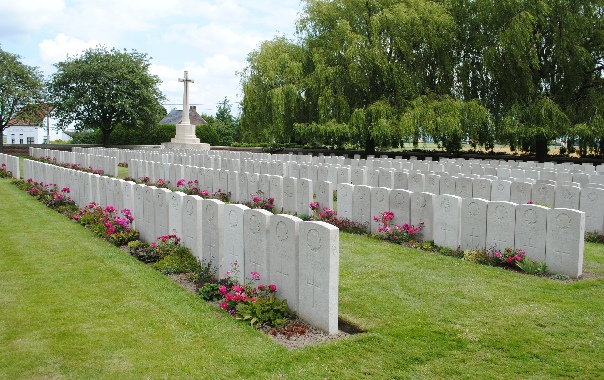 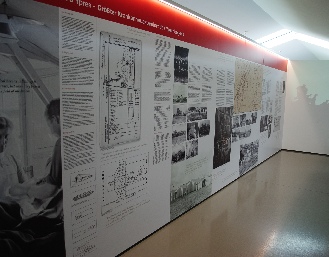 The following tribute appeared in the Faversham and North East Kent News, published on 24 November 1917:

‘Mrs Hoare of 19 Roman Road, Faversham (formerly of The George Hotel, Boughton) has, we regret, lost her only son – Private Walter F. Page, of the Australian Force.  He was severely wounded on October 26th and died at the clearing station the following day.

‘ Private Page served his apprenticeship as an engineer with Messrs E. Linsell and Co., of Boughton, and about six years ago went out to Australia.  There he joined the Australian Force in September 1914, and went first to Egypt and then to Gallipoli where he remained until the evacuation.

He went to France about 18 months ago, his last visit home on leave being in September this year.  He met his death, therefore, only a few weeks after his return to the Front.

‘ He was 27 years of age, and a young man of cheery disposition and good character.  He was an old boy of the Boughton Wesleyan Day School.’