Private George Pout was the son of George and Sarah Pout, of Pleasant View, Dargate. On the 1911 census he was 11 and is recorded as Jack Pout, living with his parents and seven other brothers and sisters, at the Alms Houses, Dargate. His then 21 year-old brother George Pout would emigrate to Australia the following year and was killed on 3rd June 1918.

Private John Pout is remembered with honour at the War Memorial at St. Michael's Church, Hernhill, and he is buried at Bleue Maison Military Cemetery, Pas de Calais, France, where his grave reference number is A.3.  Bleue Maison is a hamlet to the north-west of St Omer in the Pas-de-Calais.

The Military Cemetery was made in May, 1918-April, 1919, mainly by the four Casualty Clearing Stations posted at Watten in April-October, 1918; and after the Armistice a number of graves were brought into it from Mardyck and Oye Churchyards. There are now sixty 1914-18 burials commemorated in this site. 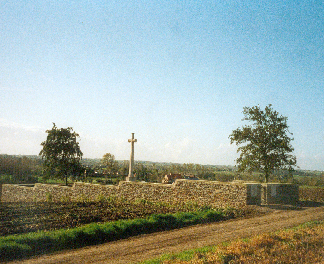 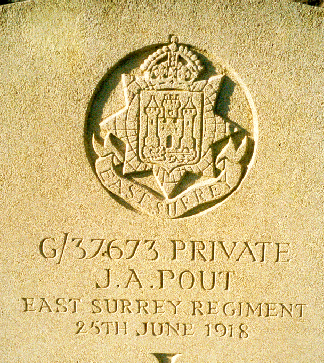 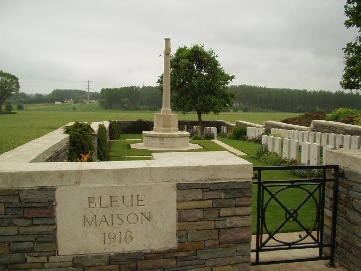