Sidney Raines, born on 23 October 1895,  was the son of Mark and Caroline Raines, of Colonel’s Lane, Boughton. He was baptised at St. Barnabas Church, Boughton, on Christmas Day 1895. In the 1911 census, Sidney was 16, working as a milk boy and living at Stockers Hill along with his older brother William, younger brothers Norman and Stanley, and younger sisters May and Lily

Private Raines was reported missing on 1 July 1916, the first day of the Battle of the Somme, but official notification of his death was not received by his parents until early in 1917.

Hawthorn Ridge Cemetery No.2 was made by the V Corps in the spring of 1917, and seven isolated graves were brought in after the Armistice. There are now over 200, 1914-18 war casualties commemorated in this site. Of these, over 50 are unidentified. The great majority fell on the 1st July, 1916.

The following article appeared in the Faversham and North East Kent News published on 10th February 1917:

Private Sidney Raines, Royal Fusiliers, (son of Mr and Mrs Raines, of Stocker’s Hill, Boughton, ) who had previously been reported missing since July 1st last year, is now officially stated to have met his death on that date.

He was 20 years of age, joined up in January 1916, and went to the Front the following April.  From what can be gathered, it appears that Private Raines was mortally wounded while gallantly fighting and succumbed shortly afterwards. 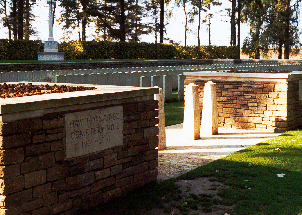 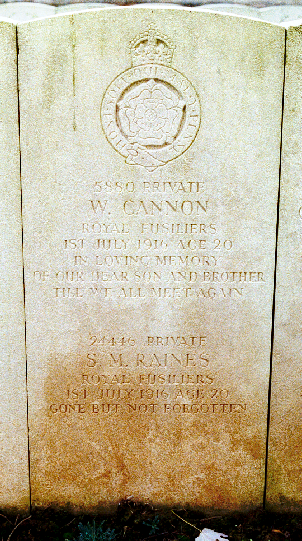 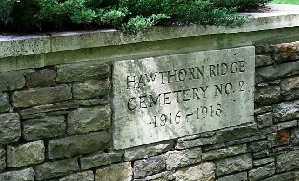