Private Smith was the son of William and Jane Smith, of Croft Cottage, The Street, Boughton,  and the husband of Elizabeth Smith, of Boughton Church Cottages.  He was a bell ringer at Boughton Church, and worked at Grove Court. In the 1911 census, Clarence Smith was aged 22 and was a farm labourer, living in his parents household, at Croft Cottage, The Street, Boughton. In 1912 Clarence married Elizabeth Ines, of Boughton Church Cottages, and a son, Clarence R Smith, was born in 1913.

The French handed over Arras to Commonwealth forces in the spring of 1916 and the system of tunnels upon which the town is built were used and developed in preparation for the major offensive planned for April 1917.

The cemetery contains over 2,650 Commonwealth burials of the First World War, 10 of which are unidentified. The adjacent ARRAS MEMORIAL commemorates almost 35,000 servicemen from the United Kingdom, South Africa and New Zealand who died in the Arras sector between the spring of 1916 and 7 August 1918, the eve of the Advance to Victory, and have no known grave. One of the most conspicuous events of this period was the Arras offensive of April-May 1917, which is when Private Smith was killed in action.

The following tribute was paid in the Faversham and North East Kent News, published on 26 May 1917:

‘The death is reported of another Boughton man – Private Clarence William Smith,  son of Mrs Smith of Croft Cottage, Boughton.  He was a married man, 28 years of age, and leaves a wife and one child.  Private Smith enlisted in August last year, went to the Front in December, and was killed in action on the 3rd of the present month.’

In a letter to the deceased’s wife, an officer stated, “Private Smith was a keen soldier and greatly liked by the members of his platoon, by whom he would be greatly missed.”

Deceased had been in the employ of Mr Smith, of Grove Court, and was a bell ringer at Boughton Church.’ 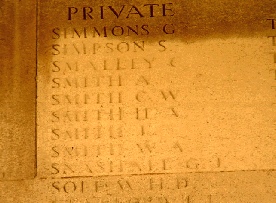 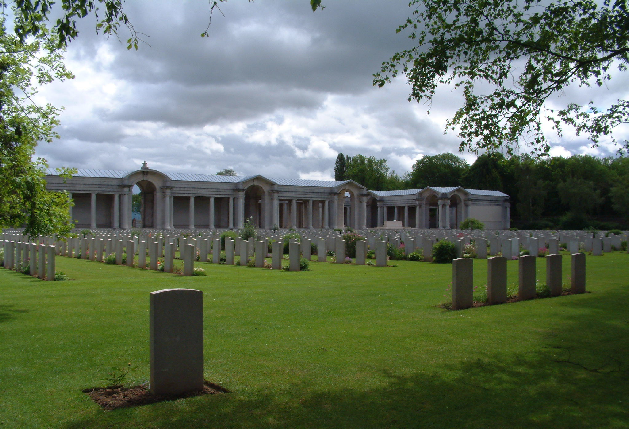