Harry Smith was born on 1st July 1885 at Colonels Lane, the son of John and Jane Smith (nee Osborne) of Boughton. His army records indicate that he first enlisted in The Buffs in October 1901, giving his age as 18, and served in South Africa. He then transferred to the Militia, and returned home to work as a farm labourer; in the 1911 census he was living with his parents at Plommers Cottage, Hickmans Green.He married Minnie Wanstall from Dunkirk in 1911, and they lived at Winterbourne.

Their only son, Harold, was tragically knocked off his bicycle in 1926, at the age of 14, and died a few days later. Harry’s widow had meanwhile remarried, and became Minnie Wills, moving to “Bounds View Cottages” (now 53 The Street), Boughton.

Harry was badly wounded when the battalion headquarters in the Givenchy area, near Lille, were hit by heavy bombardment on New Year’s Day, 1916. He died at the dressing station at Cuinchy on 6th January.

Private Smith joined the Buffs when about 18 years of age, and served eight years with the colours, and four in the reserve.

He had been out of the reserve about twelve months when war broke out, and in December 1914 he re-enlisted. He was very soon at the front, and in March 1915 was wounded. After leaving hospital, he had a few days furlough at home.  He left again at the end of June and was killed on 6th January. 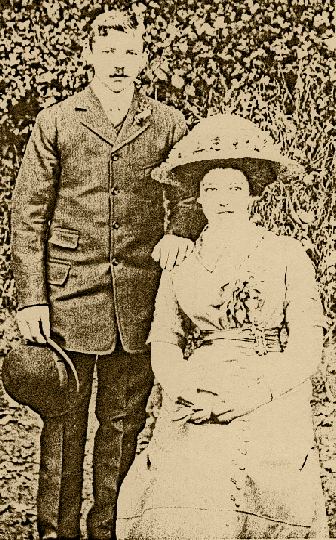 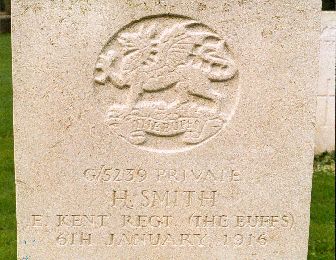 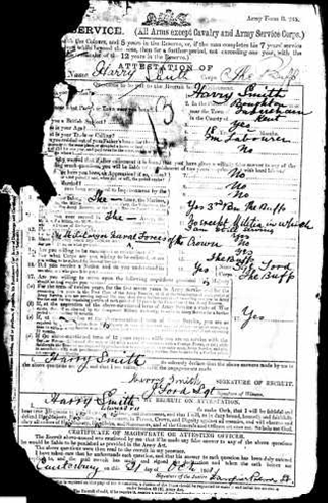 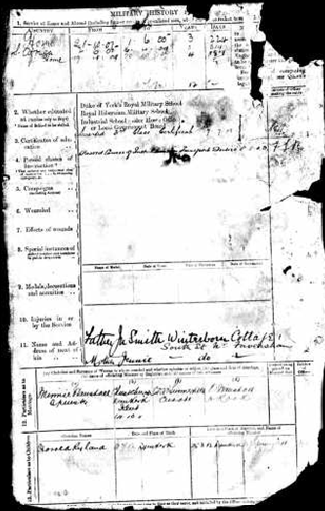 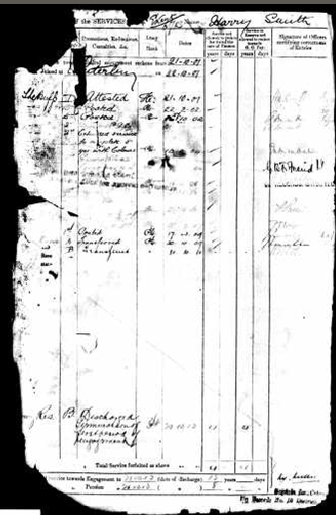 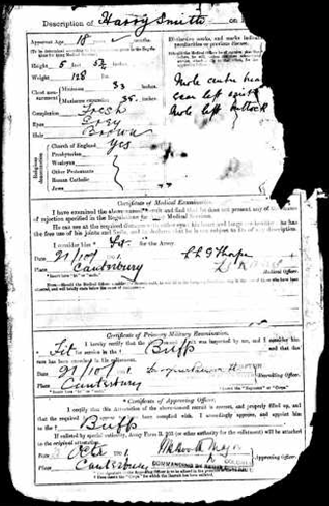 Harry Smith’s name had somehow slipped through the net when the roll of honour was first compiled. It was finally added to the Boughton Memorial only in 1991, following research and representations by his great-nephew Bill Bush. Harry’s younger brother John served in The Royal Field Artillery, and survived the war. Bill Bush was John’s grandson. 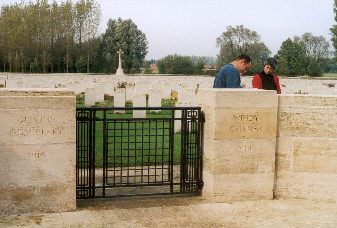