He served with the 37th Field Ambulance, Royal Army Medical Corps, at The Somme, and was awarded the Distinguished Conduct Medal and the Russian Medal of St George. According to the report of Sidney’s death, his mother had by then moved to Foresters Lodge Dunkirk.

“Sergeant Smith joined the army in October 1914, enlisting in the R.A.M.C. After being stationed at several places in England he was sent to France.

His genial manner and attention to duty earned him the goodwill of his officers and fellow men.  His promotion was rapid and well earned.

For an act of great bravery, cited as  'conspicuous devotion to duty.  Under heavy fire, which prevented the use of stretchers, he assisted in carrying wounded men into safety,' Sergeant Smith was awarded the Distinguished Conduct Medal, and the Russian Order of St George.

Shortly before his death, his gallant conduct caused him to be recommended for a bar.  His death brings to a close a life of great promise.”

“The Distinguished Conduct Medal and the Russian Medal of St George, 4th class, awarded to the late Corporal Sidney Allan Smith, R.A.M.C., who died of wounds in France on 29th November last, have recently been presented to his Mother, Mrs S. A. Smith, of Forester's Lodge, Dunkirk, by Major J. A. Nees.” 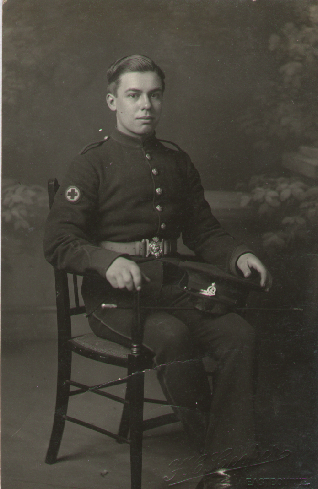 ‘ My Dad (one of Sidney’s brothers) remembered him as

being very kind and always looking out for his two younger brothers.  Sidney was a “scholar” who wrote well and loved to read.

At the time he enlisted,  was working as a gardener at Hernhill  (he ran away to join up).  He was a quiet young man, who used to say that education was important, and that he did not want to remain a gardener for the rest of his life.  He was my Dad’s favourite brother.’

‘When Sidney joined the RAMC, a photo was taken of him in uniform, with another chap who enlisted at the same time.* They served together from the beginning and were the best of friends. After Corporal Smith’s  death, his family were told that the men went out onto the battlefield

under fire, to bring in casualties.

The friend was then wounded by enemy fire. Corporal Smith took the casualty they were carrying back to the lines on his own, and then went back for his friend.

Corporal Smith and his friend were both hit and badly wounded.  They served  and died together, from their wounds.’

We are grateful to two members of his family who have been able to provide material and information reproduced here - Sylvia Philpott of Whitstable. and Terry Smith of Gillingham have kindly provided photographs, postcards, greetings cards and letters - including a moving tribute from a comrade who was with Sidney Smith when he was fatally wounded. The pictures are on this page, and the letters are on a supplementary page - Click here for the link. 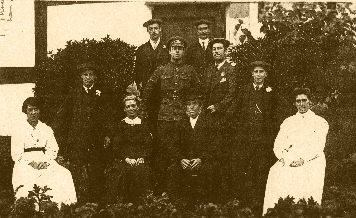 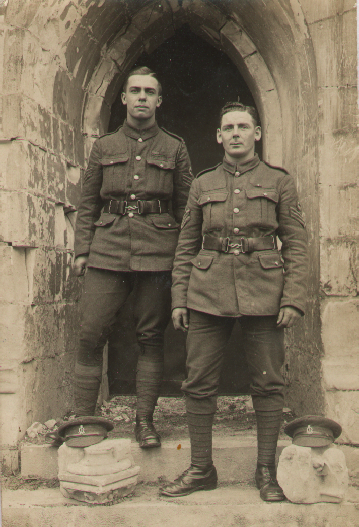 The postcard reproduced above came from Terry Smith of Gillingham, a grandson of Sidney Smith’s brother Frederick, and is signed “From Sid’s chum Stephen”. 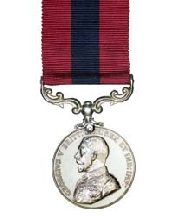 Sidney Smith was awarded the Distinguished Conduct Medal, the second highest award for gallantry in action, after the Victoria Cross,  for 'conspicuous devotion to duty.  Under heavy fire, which prevented the use of stretchers, he assisted in carrying wounded men into safety.'

He was also awarded the Russian Medal of St George. The Curator of the RAMC Historical Museum has confirmed to Corporal Smith’s niece, that the Russian award was not related to any campaigns in Russia.  It was simply that the Russian Government gave awards to the British Army, to be distributed to deserving troops.  As Corporal Smith had received the DCM, it was likely that it was thought that he was deserving of a Russian award. 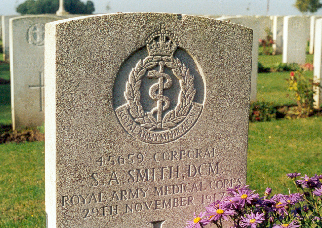 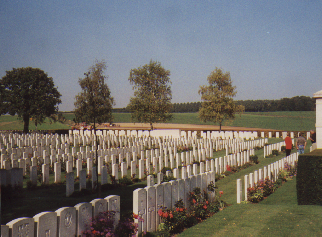 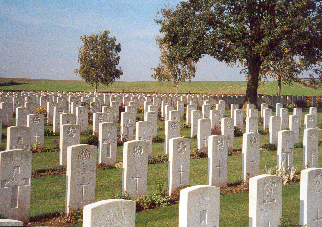 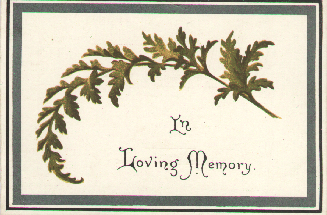 The family also have a number of cards and letters, providing an insight into life at the front: 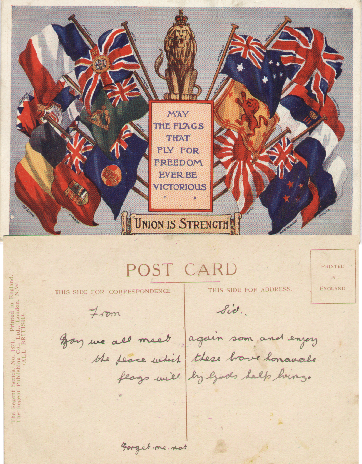 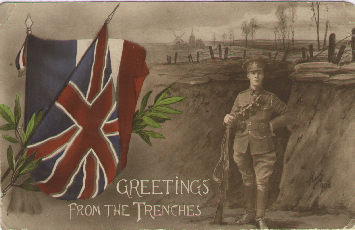 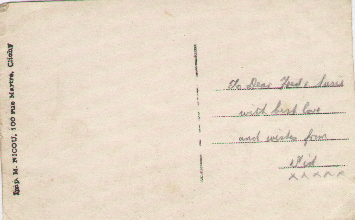 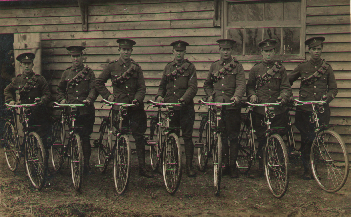 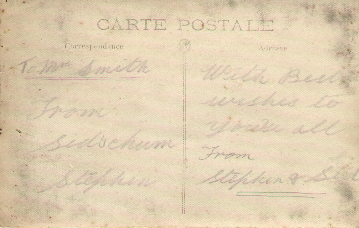 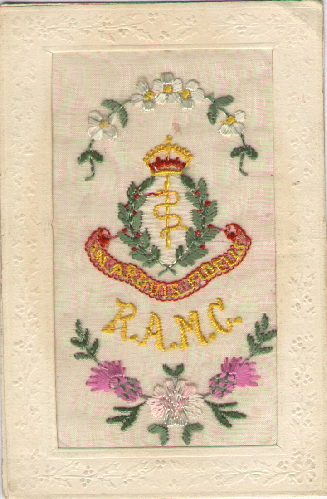 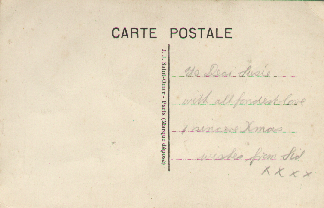 were very popular and much prized 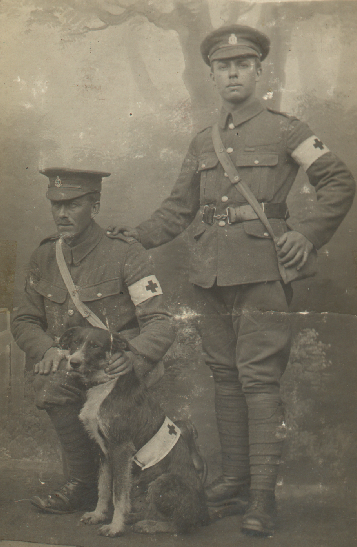 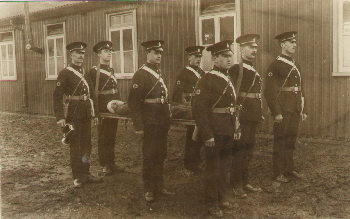 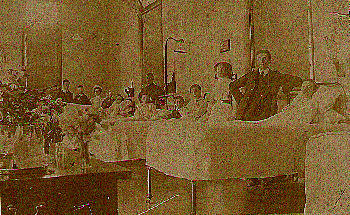 Private Percy Smith was born in Boughton on 7 April 1897, the son of William and Sarah Smith. He was baptised on 22 August 1897 at St. Barnabas Church, Boughton. He was a former pupil of Hernhill Day School . At the time of the 1911 census he was 14, living with his parents and four other children at Dale Farm Cottages, Hernhill. One of those children, was his older brother Percy Smith, who is also remembered on Hernhill War Memorial. Sydney is pictured here with his family.

The Dunkirk section of the Osprige Deanery Magazine in June 1918 reported: 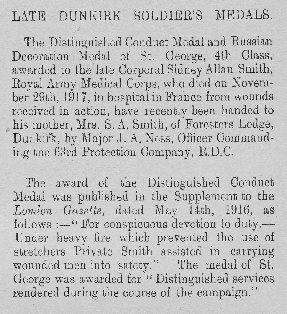 Photos - Owen and the family archive