Herbert Spillett was the son of Henry and Mercy Emma Spillett, and the husband of Irene May Spillettt, of Dunkirk.

His grandson Ian Spillett has kindly made available extensive research, and further information from the Firedrake Association’s website www.firedrake.co.uk.

The “Daily Express” of January 5th 1943 pictured the destroyer Firedrake, with the following report:

“Ship the whole of a great fleet cheered has gone”

“She was one of the most gallant ships in the Navy. Now she has gone. Her loss was announced last night.

Firedrake fought on almost every naval battle front. The she swept the north and northern seas with the Home Fleet.

She steamed and fought day and night for weeks in the Norwegian campaign. She was one of the last ships to leave. Then she went back to the Mediterranean, where she had destroyed at least one U-boat.

She was left badly damaged by bombs in the first great sea-air battle of the Malta convoys in July 1941 – so badly damaged that she was scarcely expected to survive. The convoy went through to Malta, and the Firedrake returned alone to Gibraltar.

As she neared the rock she was overtaken by Admiral Sir James Somerville and his forces. Every man of Nelson, Renown, Ark Royal and the cruisers and destroyers of the force cheered as little Firedrake went by. As she reached harbour her flotilla completed 1,000,000 miles of steaming and fighting in this war, the first flotilla of the Navy to do so.

Firedrake was a destroyer of the Fame class. She was commanded by Commander EH Tilden DSC.” 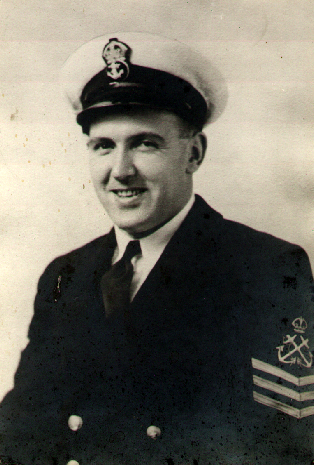 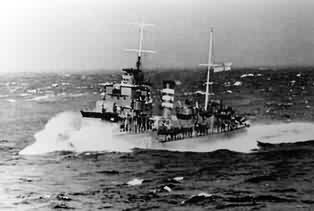 A 1979 document from the Naval Historical Branch summarised Firedrake’s service and Battle Honours. She is described as a destroyer of the “F” or Fearless class, launched in 1934.

The document tells how her main duty from 1941 was as part of the Western Approaches convoy escort force until on the evening of 16 December 1942, 550 miles west of Cape Clear …

” Her luck finally ran out when she was struck by a torpedo from U211 (Kapitanleutnant Karl Hause). The torpedo struck the starboard side, probably abreast the forward boiler room.

The forward bulkhead of No 3 boiler room remained intact. The ship listed heavily to starboard, righted herself momentarily and then broke in two about a minute after the explosion.

The bow section from which there were no survivors floated away, capsized to starboard with about 20 feet of the fore-end remaining out of the water, and sank about half an hour later. The stern section remained afloat on an even keel with the bulkhead of the after boiler room pounded by heavy seas.

About 35 crew members on this section attracted the corvette HMS Sunflower’s attention with starshell, and jettisoned depth charges and torpedoes. At 0045 on the morning of 17 December the weather deteriorated, the bulkhead collapsed and the ship sank. The Sunflower, in poor conditions, managed to rescue six officers and 20 ratings from a complement of more than 140.”