William Stewart was born in Sturry, the son of David and Mary Ann Stewart of Hawe Farm Cottages. He enlisted in Faversham and was a bombardier in the Home Counties (Kent) Heavy Battery of the Royal Garrison Artillery. At the times of the 1901 and 1911 censuses he was still living with his parents in Sturry, employed in 1901 as a gardener and in 1911 as a motor works driver.

He is buried in Vlamertinghe New Military Cemetery near Ypres, Belgium, where his grave reference is IV.A. 10. The cemetery now contains 1,175 Commonwealth burials of the First World War. He is also remembered with honour on the  Hernhill War Memorial. 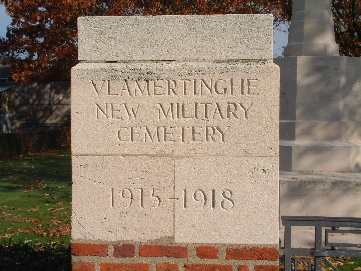 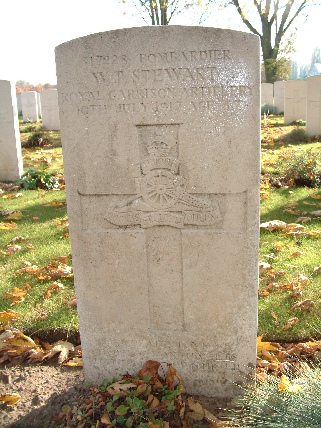