Ernest Swinyard, was a son of Mr and Mrs Edward Swinyard, of Black Cottages, Colonel’s Lane, Boughton, and the brother of Maurice Swinyard, who had died of wounds in France on 11 April 1918. In the 1911 census, Ernest, aged 15, was living in his parents’ household in Chilham and was working as a farm labourer.

Lance Corporal Ernest Swinyard is remembered with honour at Busigny Communal Cemetery Extension, Nord, France, where his grave reference number is V. A.24.

Busigny was captured by the 30th American Division and British cavalry on 9 October 1918, in the Battle of Cambrai, and in the course of the next two months the 48th, 37th and 12th Casualty Clearing Stations came successively to the village. The majority of the burials were made from these three hospitals. Busigny Communal Cemetery Extension contains 670 First World War burials, 64 of them unidentified. 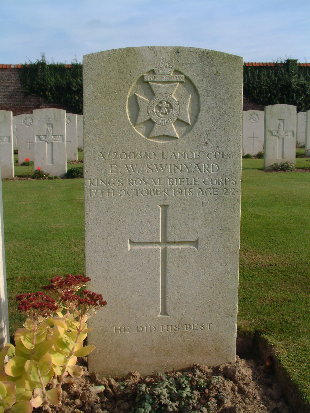 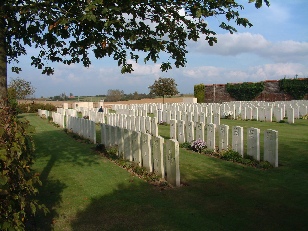 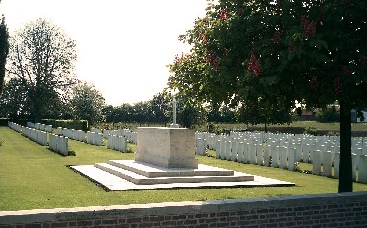