Private Thomas lost his life at the battle of El Alamein.

He is remembered with Honour at the El Alamein War Cemetery, where his Grave Reference is XX1.H.21 and at the War Memorial at St Barnabas Church, Boughton.

El Alamein War Cemetery contains the graves of men who died at all stages of the Western Desert campaigns, brought in from a wide area, but especially those who died in the Battle of El Alamein at the end of October 1942 and in the period immediately before that. The cemetery now contains 7,240 Commonwealth burials of the Second World War, of which 815 are unidentified.

The following tribute appeared in the “Faversham and North East Kent News” on 13th November 1942:

“Sympathy will be extended to Mrs Lucy Thomas of 1 Granville Cottages, Boughton, who on Saturday last, received official notification from the War Office, that her husband Private Alec Ernest Thomas of The Buffs, has been killed in action in the Middle East.

Private Thomas was 27 years of age.  He was the youngest son of Mrs Thomas of 2 Granville Cottages, Boughton, and the late Mr H. Thomas.

Prior to being called up for service in June 1940, Private Thomas was employed by Mr P. Miles, butcher, of Staple Street, with whom he had been since leaving the Methodist School.  He was a member of the Boughton cricket and tennis clubs.

His father served in the Boer War and the last war.  Two brothers are serving their country in this war.

After his marriage five years ago, Pte. Thomas resided with his wife at Waterham , Hernhill.  When he joined the Army his wife moved to Boughton.

Mrs Thomas last saw her husband in April this year.

There is one little daughter, Audrey.” 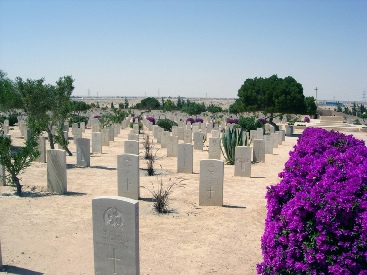