Private Tucker was the son of Arthur and Lettie Tucker of South Street, Boughton.

He is remembered with honour at Naples War Cemetery, Italy,  where his grave reference is III.P.10, and at the War Memorial at St. Barnabas Church.

On 3 September 1943 the Allies invaded the Italian mainland. The 65th and 92nd General Hospitals were in Naples from late in 1943 until the end of the war, also the 67th General Hospital for the greater part of that time. The site for the war cemetery was chosen in November 1943 and burials were made in it from the hospitals and garrison. Later graves were brought in from a number of small cemeteries in the immediate vicinity. 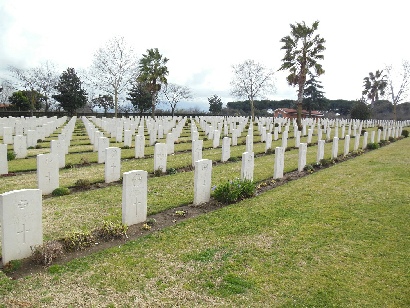