Frederick George Twrell was the son of Mrs Jane Twrell of Sand Hill Cottage, Hernhill, and the brother of John Twrell, whose name also appears on the  war memorial at Hernhill Church. He was born in Upchurch, and at the time of his enlistment into the reserves in Canterbury in 1916 he gave his occupation as farm labourer. He was called up in May 1918, posted to the East Surrey Regiment in France in September 1918 and killed in action on October 23.

Private Frederick George Twrell is remembered with honour where he is buried, in the Forest Communal Cemetery, Nord, France, where his Grave reference is B39 and also at the War Memorial at St.Michael's Church, Hemhill. On the grave and on CWGC and army records his name is spelt Turrell.

Forest (Nord) is a small village on the road from Le Cateau to Bavay. There are now over one hundred 1914-18 war casualties commemorated in this site. Of these, a small number are unidentified. All fell in October and November 1918, in the clearing of Forest and the surrounding country.

The following tribute to George Twrell appeared in the Faversham and North East Kent News published on Saturday 30th November 1918: -

Widespread sympathy is felt for Mrs Twrell of Hernhill, who has lost another son, George, who was killed shortly before the termination of hostilities.

Private George Twrell was in the East Surrey Regiment when he met his death.  This brave young soldier will be mourned by many friends.

It will be remembered that a brother of Private Twrell was killed earlier in the war. 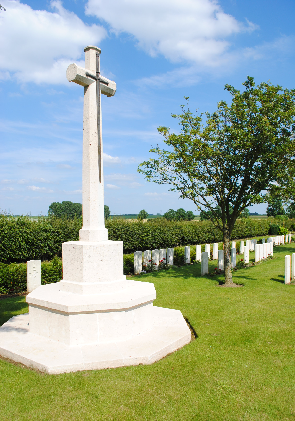 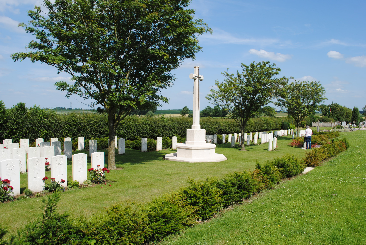 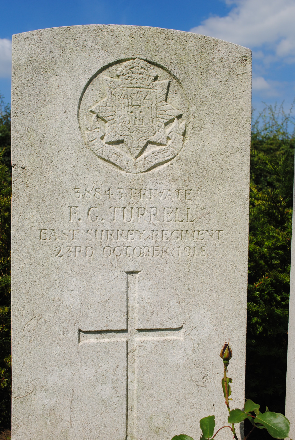