Private John Twrell was the son of  Mr Thomas and Mrs Jane Twrell of Sand Hill Cottage, Hernhill., and the brother of George Twrell, whose name also appears on the War Memorial at Hernhill Church.

John was born in Biddenden; and his army records indicate that he first enlisted in Dublin in 1911 at 18 years old, and served in India until November 1914 after transfer to the regular army. He then came back to England briefly before being sent to France with the BEF. The  records show that he was mistakenly reported killed in action in May 1915 when he had in fact been sent to the military hospital near Boulogne to recuperate from the effects of gas poisoning. He then rejoined his battalion and was killed in action near Ypres in Belgium.

Private John Twrell is remembered with honour at Essex Farm Cemetery, Ypres, where his grave reference number is II.U.15.  The land south of Essex Farm was used as a dressing station cemetery from April 1915 to August 1917. It was in Essex Farm Cemetery that Lieutenant-Colonel John McCrae of the Canadian Army Medical Corps wrote the poem ' In Flanders Fields' in May 1915.

John Twrell is also remembered with honour at the War Memorial at St. Michael’s Church Hernhill. 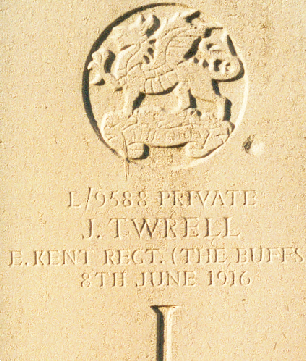 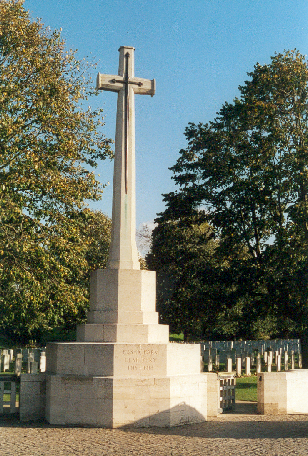 Private Twrell was reported as killed in action, in a Roll of Honour, which appeared in the Faversham and North East Kent News published on 5th August 1916. 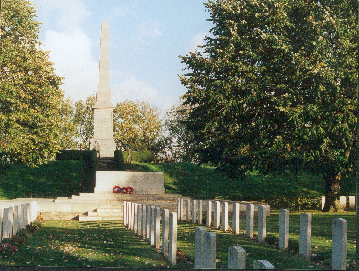