Ernest Uden was born in Petham, and the 1891 census showed him as aged five, living with his parents Richard and Emily at Hog Lane, Upper Hardres. By the 1901 census they had moved to New Cottages Chilham, and by the 1911 census to Whitehaven, Dunkirk. Ernest and his father were listed as agricultural labourers.

Private Uden’s army record indicates that he enlisted on 10 December 1915 at Faversham into the Buffs, that he had married Kate Packman in 1910 and had two children, Alfred born in 1911 and Charles in 1914. He gave his address as 41 Luton Road Faversham and in 1919 his widow Kate was living at Yew Tree Cottages Dunkirk. By then his parents’ address was 79 Westgate Road Faversham.

Private Uden is remembered with honour at the Menin Gate Memorial, Ypres, Belgium, where his name appears amongst those inscribed on panels 12 to 14.

The Menin Gate is one of four memorials to the missing in Belgian Flanders.  The battles of the Ypres Salient claimed many lives on both sides and it quickly became clear that the commemoration of members of the Commonwealth forces with no known grave would have to be divided between several different sites.

The site of the Menin Gate was chosen because of the hundreds of thousands of men who passed through it on their way to the battlefields. It  bears the names of more than 54,000 officers and men whose graves are not known.

The following item appeared in the Faversham and North East Kent News  published on 4th August 1917:

The death is officially reported of Private Ernest George Uden, The Buffs, a Faversham man, who was killed in action on 28 June..

Private Uden was a son of Mr and Mrs Richard Uden of 79 Westgate Road. He was 28 years of age and married, and leaves a wife and two children who reside at Dunkirk, where deceased was formerly employed, though at the time of enlistment, he was engaged at the munitions works.

He joined up in May last year, went out to the front in less than three months, and was wounded before the end of the year.   For a time he was in hospital in Berkshire, but shortly after Christmas, after a few days leave at home, he returned to France, where he has given his life in his  country’s service. He belonged to a family who may certainly be said to be doing their bit for the war. Two other sons are in the Army (one of them in France) the father and another son are at the munitions works, a daughter is at a hospital engaged in nursing wounded, and another daughter has enrolled for National Service. Mr and Mrs Uden also have a son-in -law in the Navy. 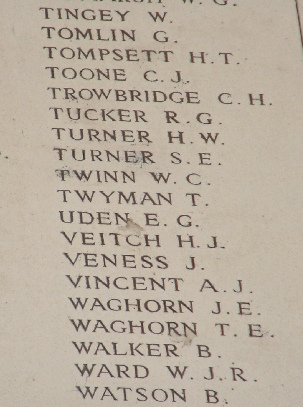 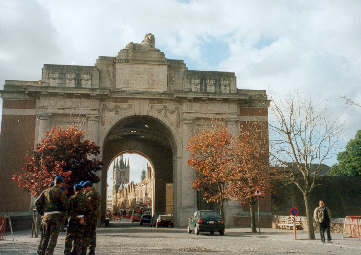