Private Wanstall was the son of Arthur and Emily Wanstall of St. Michael’s Cottages, Hernhill.  He had been a pupil at Boughton and Hernhill Schools.

In May 1943, the war in North Africa came to an end in Tunisia with the defeat of the Axis powers by a combined Allied force. The campaign began on 8 November 1942, when Commonwealth and American troops made a series of landings in Algeria and Morocco. By mid April 1943, the combined Axis force was hemmed into a small corner of north-eastern Tunisia and the Allies were grouped for their final offensive.

Medjez-el-Bab was at the limit of the Allied advance in December 1942 and remained on the front line until the decisive Allied advances of April and May 1943.

There are 2,903 Commonwealth servicemen of the Second World War buried or commemorated in Medjez-El-Bab War Cemetery. 385 of the burials are unidentified.

The following tribute appeared in the “Faversham and North East Kent News” on 16th April 1943.

‘Mr and Mrs A.J. Wanstall of St Michael’s Cottages, Hernhill, have received official information that their elder son Corporal Arthur John Wanstall, serving in the Paratroops, has been killed in action in North Africa.

Only 21 years of age, Corporal Wanstall first joined up in the Beds. and Herts. Regiment, after which he served for a time in the Royal West Kent Regiment.  About 18 months ago he volunteered for the Paratroops and was serving in the Army Air Corps when he was killed.

Before joining the Army he was, for a little of three years, employed as a footman at Wellington House School, Westgate.  He received his education first at Boughton, then at Hernhill.

A memorial service for the gallant young soldier was held at Hernhill Church, conducted by the Vicar Revd W.L. Henderson and attended by Mr and Mrs Wanstall (parents), Robert Wanstall (brother), Mr and Mrs Baldock (brother-in-law and sister), and other relations.  Also by Mr S.B. Pritchard  (headmaster of Hernhill School). 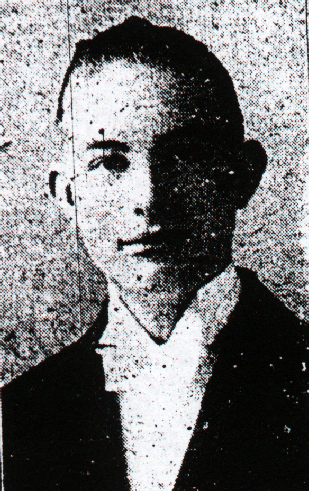