Sydney Arthur Watts was the son of Alice Maud Hadlow (formerly Watts), and the late James Watts, of Uplands Farm, Hernhill. At the time of the 1911 census he was 16, an apprentice shipwright and living with his stepbrother’s family at Green Street, Lynsted, which consisted of his stepbrother Henry Watts, his widowed mother Alice Watts, sister Annie and stepbrother Edgar

The Battle of Cambrai began on 20 November 1917, when tanks were used for the first time as the main weapon of attack.

The allies had 381 tanks which made an initial successful attack, but by the end of the first day 179 were out of action. The Germans made a counter offensive, having reinforced their front with troops from the Russian Front. They also used low flying aircraft against British  infantry.  On 30 November the Germans regained the initiative by using poisonous  gas as a weapon on the battlefield .

The Cambrai Memorial commemorates more than 7,000 servicemen of the United Kingdom and South Africa who died in the Battle of Cambrai in November and December 1917 and whose graves are not known.

Private Watts death was reported in the Faversham and North East Kent Times as follows:

Private Sydney Arthur Watts of The Buffs, who we recently mentioned as “missing" has since been reported killed in action, on or about December 2. He was a son of Mrs Edwin Hadlow, of Uplands Farm, Dargate, and a brother of Mr Harry Watts, of Greenstreet.'

Deceased had been serving for two and a half years.  After a few months training he proceeded to France, but had not been there long - though long enough - to get into the firing line, before he was drafted to Egypt en route for Salonika.  In Egypt however, he contracted dysentery and was for three months in hospital at Alexandria.  Then he came home and was convalescing in England for three months, at the end of which time he again went to France, where he was in some of the severest of the Somme fighting.

On one occasion he had an exceedingly trying experience, for following a heavy engagement, he was lying for forty eight hours in No Man's Land, before he was able to get back to the line. In November, he came home on leave after a spell of seventeen months at the front, and it was shortly after his return that he was killed.  Private Watts was 23 years of age.

The Faversham and North Kent Times of 23rd February 1918, carried the following report of a service of remembrance for Private Watts:

A deeply impressive service was held in Hernhill Church on Sunday afternoon, the 9th inst., in memory of the late Private Sydney A. Watts.  The Rev. Alfred Clark, in the course of his address, based on the words "A good solider of Jesus Christ," noted how quickly the gallant young soldier had won the high regard of all who knew him, and had given a bright example of a young soldier who had shown himself a good son, a true comrade, a ready volunteer when his country needed him, and a good soldier of Jesus Christ. 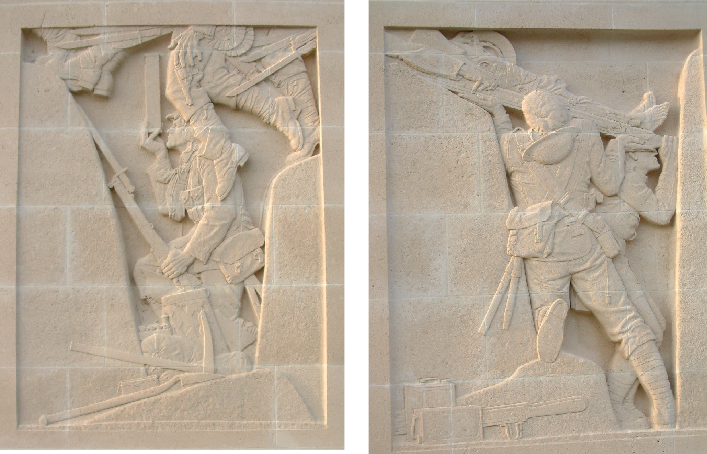 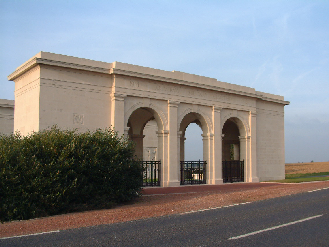