Arthur Weatheralll was born in Boughton, and in the 1911 census was 26 and living with his widowed mother Esther Weatherall, his two brothers Edward and Percy and his sister Martha at Gable Cottage, Boughton. Arthur and Percy were labourers and Edward was a Stoker in the Royal Navy. Arthur’s enlistment records indicate that the address was in Colonels Lane; he joined the Buffs in March 1916

Private Weatherall had been reported missing since October 1916, but his death was not confirmed until June 1917.

Bancourt British Cemetery now contains 2,480 burials and commemorations of the First World War. 1,462 of the burials are unidentified, and it was largely formed after the Armistice when graves were brought in from the battlefields east and south of Bancourt and from other smaller cemeteries, including Bapaume Road Cemetery Beaulencourt which contained the graves of 20 soldiers from the United Kingdom who fell in October, 1916. 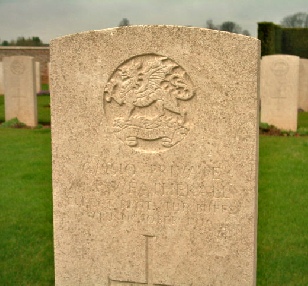 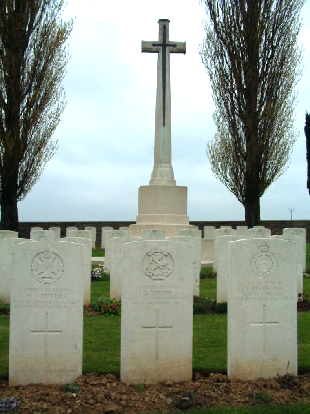 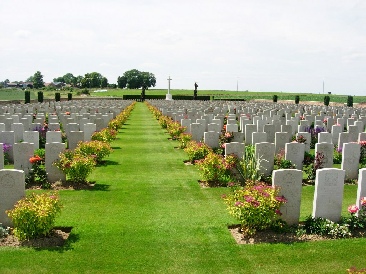