Thomas Wellard was the son of Thomas and Mary Wellard, of Apsley Cottages, Mill Lane, Boughton. He was born in 1887, and in the 1911 census he was still living at home. Both he and his younger brother Percy were working as miller’s carters. His father was a roadman working for the rural district council, and he had a younger sister Mabel, who was then 15.

Although shown as TH Wellard on the grave and CWGC record, the birth, death and 1901 census shows him as Thomas Robert Wellard.

He is buried in the churchyard at Boughton Parish Church, and remembered with honour at the War Memorial at St. Barnabas Church, Boughton. 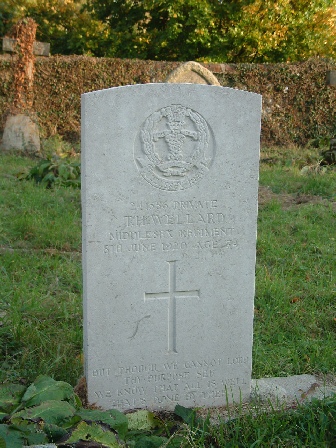