Private Albert Weller is remembered with honour  at Boulogne Eastern Cemetery,  Pas de Calais, France, where his grave reference number is VIII. A. 120.  He is also remembered with honour at the War Memorial at St. Barnabas Church, Boughton. According to the CWGC record he was the son of Edward and Lucy Weller, of 2, Coronation Villas, Forbes Rd., Faversham, and a native of Sturrington, Sussex. In the 1911 census, Albert was serving in the Buffs in the Far East, and his parents were living in Hollingbourne, where his father was a water miller.

Boulogne, was one of the three base ports most extensively used by the Commonwealth armies on the Western Front throughout the First World War. Boulogne and Wimereux formed one of the chief hospital areas for casualties from the Front. Until June 1918, the dead from the hospitals at Boulogne itself were buried in the Cimetiere de L'Est, one of the town cemeteries, the Commonwealth graves forming a long, narrow strip along the right hand edge of the cemetery.

Boulogne Eastern Cemetery contains 5,577 Commonwealth burials of the First World War and 224 from the Second World War. Unusually, the headstones are now laid flat in this cemetery. This is due to the sandy soil. 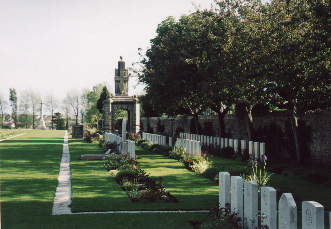 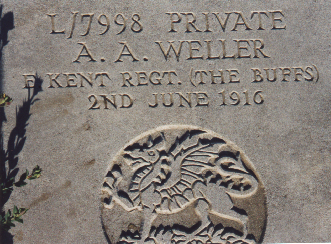 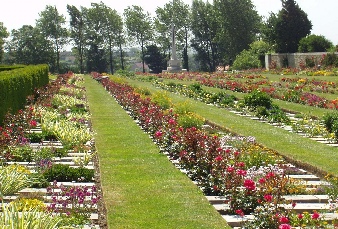