John Willis was the son of Mr and Mrs  Willis, of South Street, Boughton. He was baptised in St Michaels in Folkestone in May 1893. In the 1901 census, John was recorded as ”Shan”, eight years old, living in Denmark Street Folkestone although born in London. His father Frederick was a Brickyard Labourer, born in Barham, and his mother Mary was born in Willesborough, Ashford. In the 1911 census his parents had moved to South Street, Boughton

Private John Willis was killed during the First Battle of Ypres, which took place during October and November 1914.   He is remembered with honour at the Menin Gate memorial in Ypres,  Belgium, where his name appears amongst those listed on Panels 11 – 14.

The Menin Gate is one of four memorials to the missing in Belgian Flanders.  The battles of the Ypres Salient claimed many lives on both sides and it quickly became clear that the commemoration of members of the Commonwealth forces with no known grave would have to be divided between several different sites.

The site of the Menin Gate was chosen because of the hundreds of thousands of men who passed through it on their way to the battlefields. It  bears the names of more than 54,000 officers and men whose graves are not known.

Private Willis is also remembered with honour at the War Memorial at St. Barnabas Church, in Boughton. 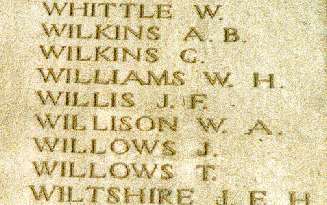 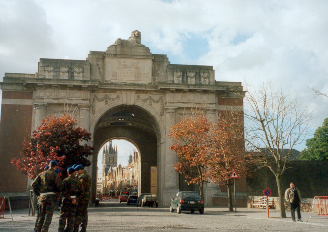 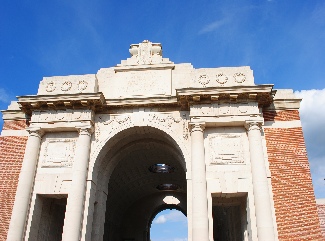 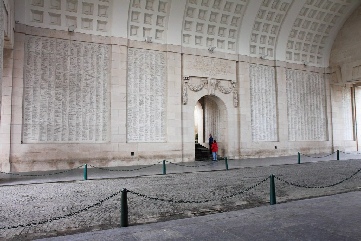 Soldiers who died in the Great War