Sergeant Wills was born in 1889 in Boughton Aluph near Ashford son of Mr John William Wills, a labourer who moved to Horselees, Dunkirk. In the 1901 census the family’s address is given as “Near Woodmans Hall”

He is remembered with honour at Lijssenthoek Military Cemetery, Poperinge, West Flanders, Belgium, where his grave reference is VI. C. 21.

During the First World War, the village of Lijssenthoek was situated on the main communication line between the Allied military bases in the rear and the Ypres battlefields. Close to the Front, but out of the extreme range of most German field artillery, it became a natural place to establish casualty clearing stations, with a railway terminus for evacuation of the most seriously wounded. Around 300,000 soldiers received treatment here, and their stories are told in the new visitor centre on the site.

The cemetery contains 9,901 Commonwealth burials of the First World War, 24 being unidentified,and is the second largest Commonwealth cemetery in Belgium after Tyne Cot.

Sergeant Willis is also remembered with honour at the War Memorial at Dunkirk Church. He was the Uncle of Doreen Joyce, who lives at Woodside, Dunkirk.

The Roll of Honour which appeared in the Faversham and North East Kent News of 5th August 1916 stated:

He had been recommended for, and granted, a commission just before his death. 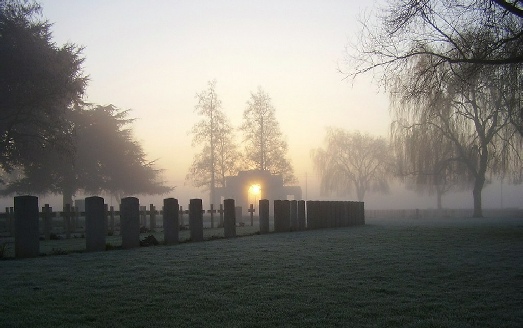 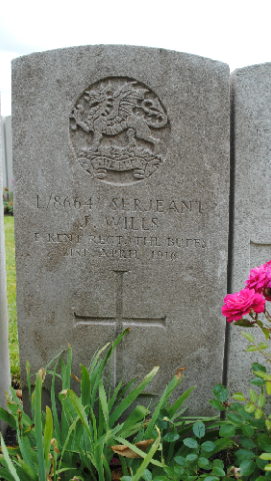