Edwin Woodard was the only son of Mr and Mrs W.H. Woodard of North Lane, South Street,

He died in Stalag Prison Camp, and is buried in Berlin War Cemetery, Brandenburg, Germany, where his grave reference is 10.E.15. The site of Berlin 1939-45 War Cemetery was selected by the British Occupation Authorities and Commission officials jointly in 1945, soon after hostilities ceased.

Graves were brought to the cemetery from the Berlin area and from eastern Germany*. The great majority of those buried here, approximately 80 per cent of the total, were airmen who were lost in the air raids over Berlin and the towns in eastern Germany. The remainder were men who died as prisoners of war, some of them in the forced march into Germany from camps in Poland, in front of the advancing Russians.

The cemetery contains 3,595 Commonwealth burials of the Second World War, 397 of them unidentified.

Private Woodard is remembered with honour at the War Memorial at St. Barnabas Church, Boughton.

PRISONER OF WAR DIES IN CAMP

Mr and Mrs W.H. Woodard, of North Lane, South Street, Boughton, received sad news of their son Private Edwin Henry Woodard, 5th Btn. The Buffs, on 7th December, when official notification was given that he had died in Stalag Prison Camp on November 14th.

Pte Woodard, who was 22 years of age in August this year, was the only son of MR and Mrs Woodard.  He joined up in October 1939, and was taken prisoner on May 17th last.   Before the war he had been in the employ of Major S.C. Berry as a gardener and had played for Boughton Football Club. As a boy he attended Boughton School. 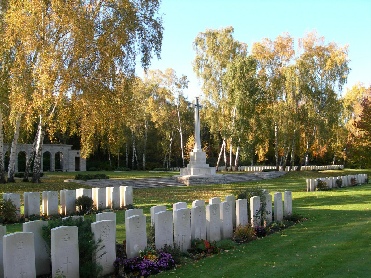 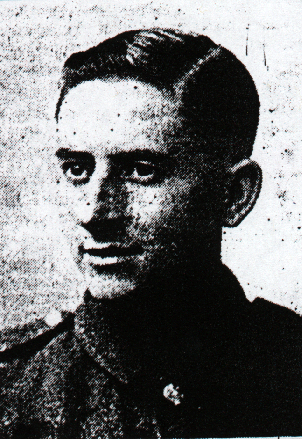